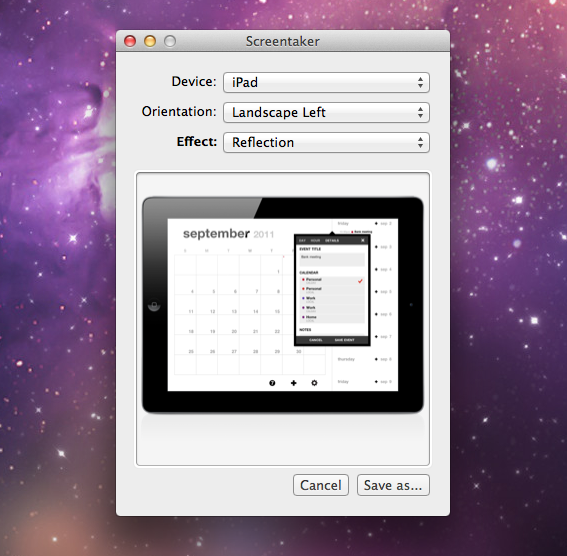 I first mentioned iPhone Screentaker from developer Fabian Kreiser in a post from January 2010, in which I collected some of the tools we used at MacStories to produce beautiful high-quality screenshots of iPhone apps for our articles. We were big fans of Fabian’s side projects, and although he updated the app on his website with support for the original iPad, he never included an iPhone 4 template we could use for our iPhone screenshots. But fortunately for us, and any designer/developer who wants to create better iOS screenshots than a device’s original output, 13 months after the release of the iPhone 4 a completely revamped version of iPhone Screentaker is out, and available on the Mac App Store under a new name.

Screentaker for iOS Apps is available at $4.99, and it’s a very niche app. In fact, my guess is that Kreiser created it to scratch his own itch for better screenshots to present on websites and blog post – Screentaker is an app that might appeal to people like me, who take screenshots of iOS apps every day, or website designers that don’t want to create their own iPhone, iPod touch and iPad templates.

What Screentaker does is simple: it takes an iOS screenshot, and puts it inside a realistic iOS device template. So starting from something like these: 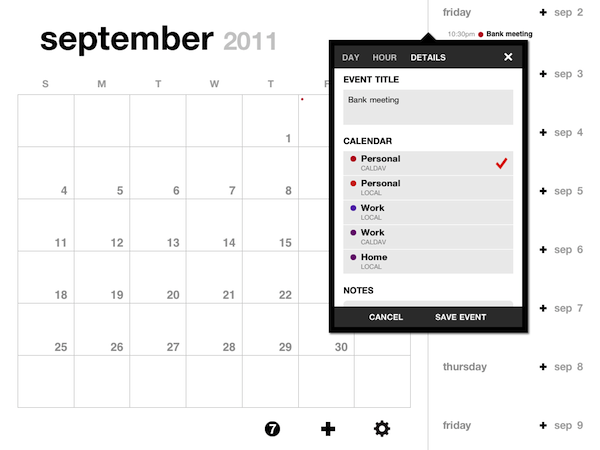 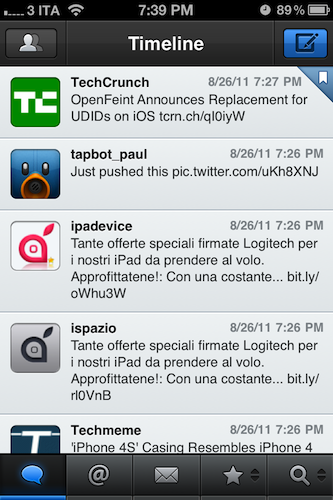 You can get to these: 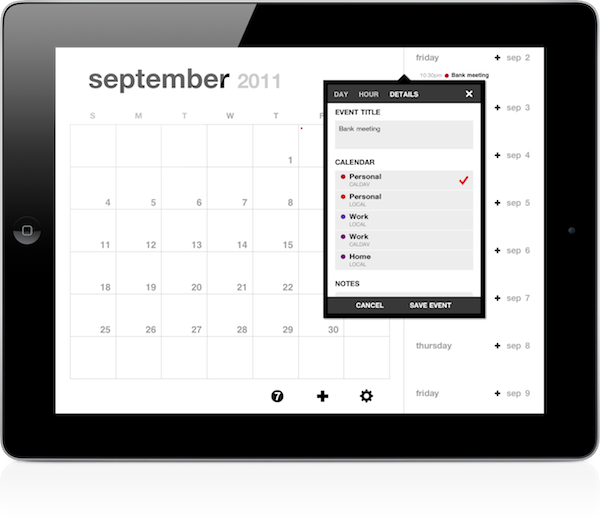 Much better for a blog post, or app website. To generate these “enhanced screenshots”, Screentaker relies on a simple drag & drop interface to select your source image, device, orientation, and effects. 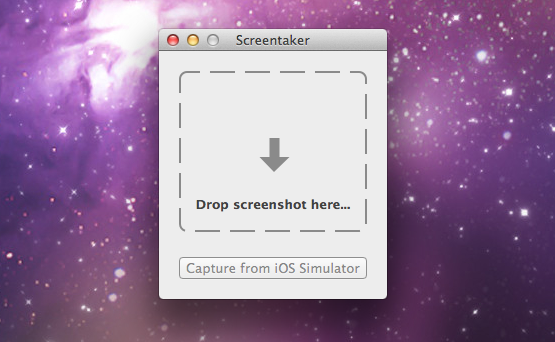 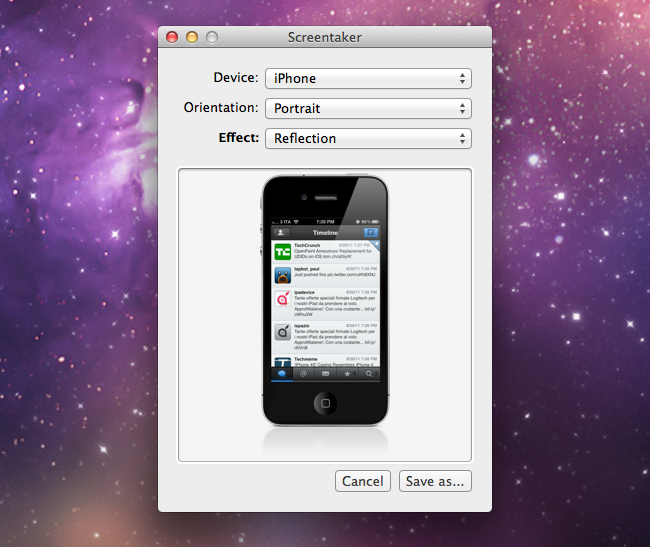 Furthermore, Screentaker is smart enough to automatically recognize the orientation of your screenshots, and it supports Xcode’s iOS Simulator to take screenshots directly from your desktop. Screentaker works well on Lion, and users will have the possibility of downloading additional effects in the future, as well as creating their own plugins by following these guidelines.

Screentaker has no preferences, “it just works” with any iPod, iPhone, or iPad screenshot imported from your device or, perhaps, pulled from Photo Stream. Like I said above, the app isn’t for everyone, but if you care about showing iOS apps inside beautiful hardware templates, $4.99 is a no-brainer for such a neat utility.