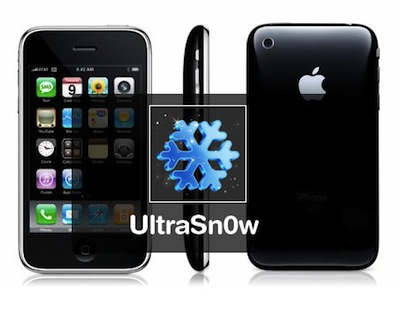 Just as promised last week, the Dev Team released a few minutes ago a new version of carrier unlocking tool ultrasn0w that now works with iOS 4.2.1. The updated tool, however, won’t work with the iPhone 4 due to baseband optimizations performed by Apple. So basically, this version of ultrasn0w only works for iPhone 3G and 3GS owners running iOS 4.2.1 and willing to unlock their phones.

The Dev-Team based this release on some code grabbed from the old iOS 3.2.2 for iPad:

It turns out that the very first iPad firmware 3.2.2 has baseband version 06.15.00 still vulnerable to AT+XAPP. The iPad baseband is built for the exact same baseband chip as the iPhone3G/3GS — they’re fully compatible! Some of us have been running 06.15 for weeks now on our iPhones in preparation for this release.

Since 06.15 is a higher version than 05.14 or 05.15 (where AT+XAPP is gone), anyone stuck at those versions can simply upgrade to 06.15 to unlock again! Luckily for us, Apple *still* provides the iPad FW 3.2.2 with this vulnerable baseband right from their own servers. (Grab it now, before they take it down!)

Of course the unlocking process is something you’ll do at your own risk, but the Dev Team provides an extensive list of tips in their official post. So head over here, grab the download links and get ready to unlock your 3G and 3GS units on iOS 4.2.1.