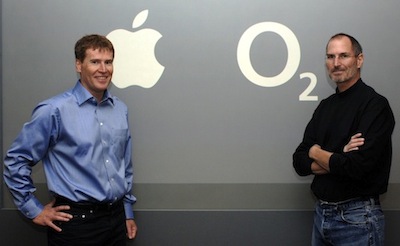 According to a rumor that surfaced in October, Apple was looking for a way to develop an integrated iPhone SIM-card that would allow customers to easily subscribe to a carrier’s plan and easily switch between networks when travelling abroad. An integrated SIM-card would cut carriers out of an important process of the iPhone purchase system: retail.

With such as SIM-card, Apple, and only Apple, would sell iPhones while carriers would just play the role of “service providers”. Similar rumors surfaced last week, together with reports of concerns about this approach.

The Telegraph is now reporting that, under the pressure of several European carriers, Apple has been forced to ditch the plan and stick with its current implementation of “regular” SIM-card:

A senior source at a mobile operator said: “Apple has long been trying to build closer and closer relationships and cut out the operators. But this time they have been sent back to the drawing board with their tails between their legs.

That’s quite a statement. I guess we’ll just have to keep swapping SIMs with the iPhone 5.[via 9to5mac]