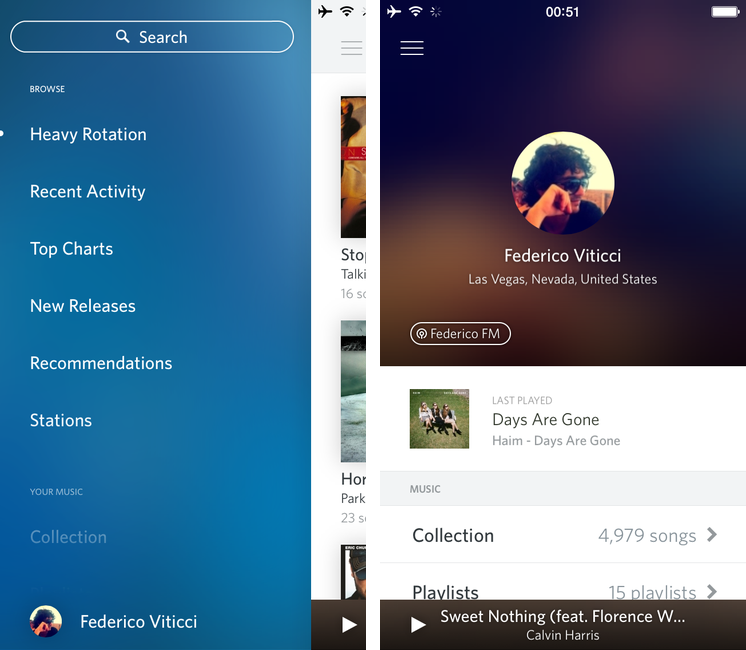 Music streaming service Rdio has today released an update to their iOS app that brings a new design for Profile views, a sleep timer, and various UI improvements for iOS 7.

The Rdio app has been regarded as one of the iOS 6 apps that, in hindsight, got the design of iOS 7 right before Apple even unveiled iOS 7, but, after the release of the OS in September, Rdio hasn’t done much to turn what was a forward-looking iOS 6 app into a real iOS 7 app. Today, version 2.5.4 shows an iOS 7 keyboard for search and it brings subtle changes to backgrounds, but otherwise Rdio hasn’t received a major redesign for iOS 7 yet.

Profiles views have been updated, showing avatars in the middle of the screen on a blurred background of the profile picture itself. The new design is available for both your personal profile and other people’s profile views, and it gives you easier access to a person’s “FM” station as well as the song they last played on Rdio.

In this update, Rdio also included a sleep timer feature: from the Settings, you can choose to automatically stop music playback after 15 to 120 minutes, which is a handy addition for people who like to put on some music before bedtime. You can get Rdio 2.5.4 on the App Store.