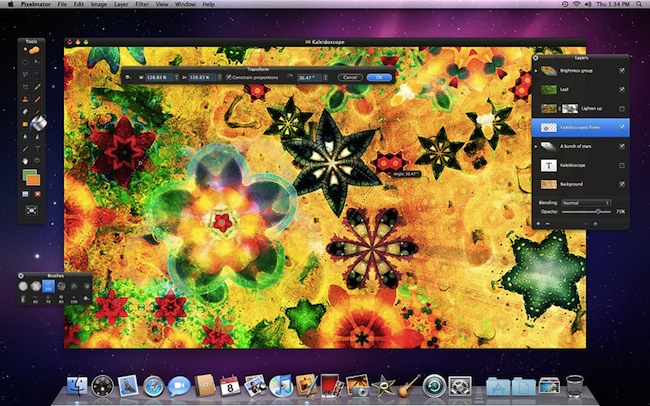 The first stories of success in the Mac App Store are starting to come in. First came Evernote, with its impressive Mac adoption rate thanks to the new Store; then Compartments, from a developer who went from 7 sales a day to 1500. Now the Pixelmator developers have posted a new entry on the company’s blog announcing that their graphic editing app has grossed $1 million in less than 20 days into the Mac App Store.

Taking Apple’s 30% away out of the equation, that leaves $700,000 to the Pixelmator team. Or maybe it’s $1 million after Apple’s cut? We don’t know. Either way, it’s an impressive result that we’re sure wasn’t possible back in the days when there was no Mac App Store.

This is a well-deserved milestone for the Pixelmator devs and we’re looking forward to what’s next for the app. The Pixelmator team, for instance, implemented a clever Mac App Store transition policy that forces existing customers to buy the app again, but will give them Pixelmator 2.0 for free once it’s released later this year.