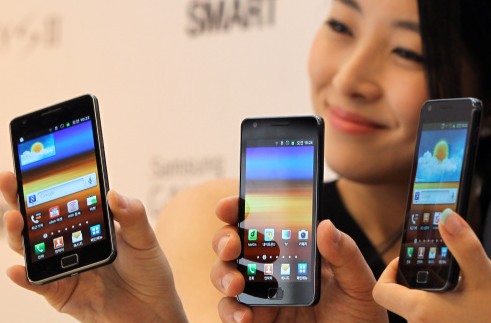 According to a report by The Korea Herald, in a recent visit to South Korea Apple COO (and temporary CEO) Tim Cook has discussed with Samsung the possibility of implementing AMOLED displays in the next-generation iPad, dubbed iPad 3. The “industry sources” cited by The Korea Herald claim that Apple would be interested in the technology for an “upgraded version” of the iPad 2, with the website also relaying an old rumor that suggested Apple could release another iPad model later this year.

Apple wants to tap into Samsung’s AMOLED technology for an upgraded version of the iPad 2, considered as many by the iPad 3 that is likely to be launched toward the end of this year,” a source told The Korea Herald on Wednesday on condition of anonymity.

Tim Cook is not only the COO, but also acting CEO of Apple. During Cook’s trip last week, Apple seems to have offered Samsung an advance for the AMOLED displays, the source said.

Apple’s rumor timeline in regards to AMOLED displays produced by Samsung goes a long way back to 2009: various reports from last year indicated the company had considered AMOLED screens for the iPhone 3GS, but couldn’t implement them due to production capacity issues, high costs and the PenTile technology used by Samsung at the time.  Also last year, when Apple was rumored to be working on a new iPad, speculation surrounding the supply chain in Asia claimed Apple was negotiating with Samsung over the usage of AMOLED displays, which didn’t happen as the company preferred standard LCDs with IPS technology produced by LG, among others. Manufacturing issues with LG displays that allegedly caused problems with iPad 2 shipments in the last quarter might lead the company to choose another supplier for the next-generation iPad, though The Korea Herald is also claiming Apple is considering a major shift in the technology being used and an early launch later this year.

Samsung’s AMOLED technology is said to have dramatically improved over the past months to be suitable for tablets, sport brighter colors and deeper blacks, better behavior in direct sunlight and low power consumption. Samsung is currently using AMOLED in its Galaxy S smartphones, and it’s also rumored to use the displays in future tablets running Android. Samsung is currently facing a lawsuit from Apple, whose claims of patent infringement for the design of the iPhone and iOS copied by Samsung’s Galaxy devices and TouchWiz UI have led the tech press to believe future collaborations between the two companies may not go as smoothly as before. [The Korea Herald via 9to5mac]