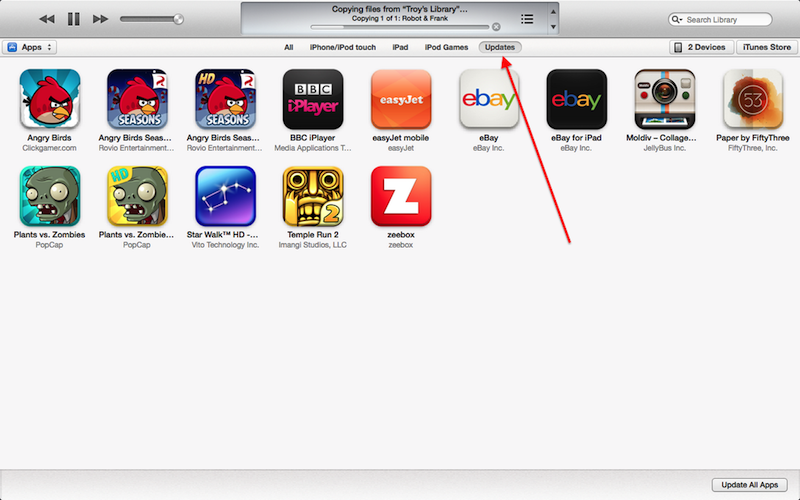 In the 11.0.3 update for iTunes released today, Apple included a new “Updates” area for iOS apps. As noted by MacStories reader Graham Robson, the Apps area of iTunes now comes with a new “Updates” tab that lists available app updates (if any); if there are no updates, the screen will say “All Apps Are Up to Date”. As with previous versions of iTunes, you can press Command+R to check for updates both in the main Apps area, as well as the new Updates tab.

When updates are available, iTunes 11.0.3 will display a red “Update” ribbon on an application’s icon, similarly to how iOS displays a blue ribbon for “New” apps on the Home screen. In iTunes 11.0.3, updates are handled by the Updates area without requiring users to open the iTunes Store anymore.

After the launch of iTunes 11 in November 2012, the Updates screen remained surprisingly unchanged. The new app updates system is a welcome change – particularly because it doesn’t force users into an iTunes Store view anymore.

Update: Two more screenshots showing a contextual menu for apps that have an update, and the way iTunes 11.0.3 shows the changelog for an update with the same style of music albums. 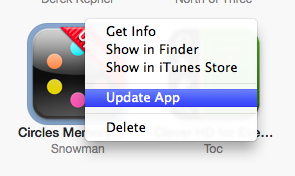 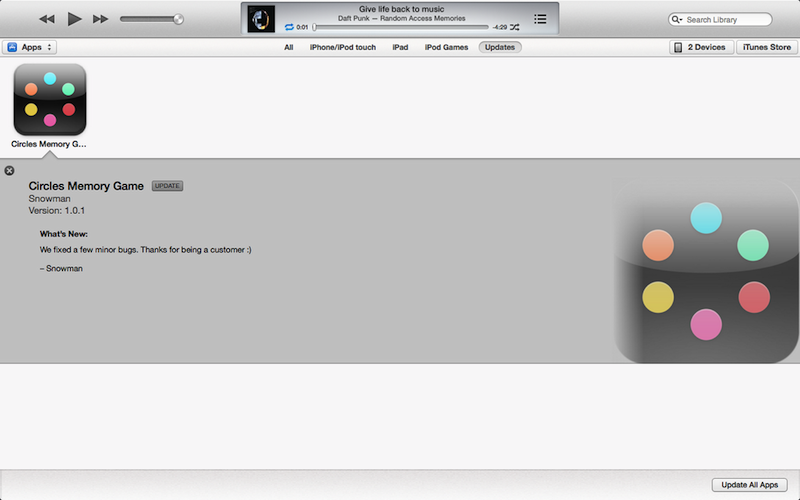