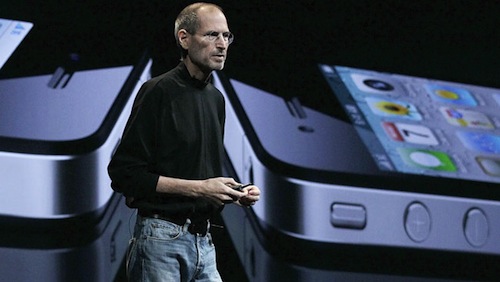 According to a note issued by Avian Securities this morning, the next-generation iPhone will go into mass production in September – suggesting a late Fall 2011 / early 2012 public release. Avian Securities claims that “conversations with yet another key component supplier” confirms that production will start in September, with a lower price iPhone model still in the works and on Apple’s “roadmap”, although no details about the production of this rumored cheaper iPhone have been provided by the component suppliers.

Supporting out comments over the last month, conversations with yet another key component supplier indicates that production for iPhone-5 will begin in September. This is consistent with Avian findings in the supply chain in recent months and we believe the consensus view is moving towards this scenario. In addition, our conversations also indicate the existence of a lower-spec/lower-priced iPhone in Apple’s roadmap. However, while our contacts have seen the placeholder in the Apple roadmap, they do not yet have insight into specs or production timing. This leads us to believe that any launch is likely a very late 2011 or more likely a 2012 event.

Recent speculation indicated that the iPhone 5, previously rumored to be announced at the WWDC in June as usual, won’t be previewed at the developer event, which is going to be software-focused this year to showcase “the future of iOS and OS X” with demoes of 10.7 and iOS 5. Several tech pundits and bloggers in the past weeks also claimed the new iPhone will see a shift in its usual release cycle with a Fall release, although Avian Securities believes mass production will start in September, with a public release months later. Also, it is worth noting that a Fall release would play well with Apple’s usual September music event, where the company would have a chance to unveil the new iPhone 5 and publicly release iOS 5 (like they did for iOS 4.1 last year). Indeed, a report from a few weeks ago claimed iOS 5 would be released this Fall with new music and location services.

Over the past months, a number of reports hinted at a new smaller / cheaper iPhone model aimed at attracting a new market segment with the possibility of selling it off-contract, and provide a lower price with the lack of internal storage and the adoption of streaming through the upcoming MobileMe, rumored to be a free service. The New York Times debunked the iPhone Nano rumor claiming that there’s no such device in the works, but an interview with Apple executives in February revealed that the company might be considering a market expansion with cheaper devices and extended carrier availability worldwide.