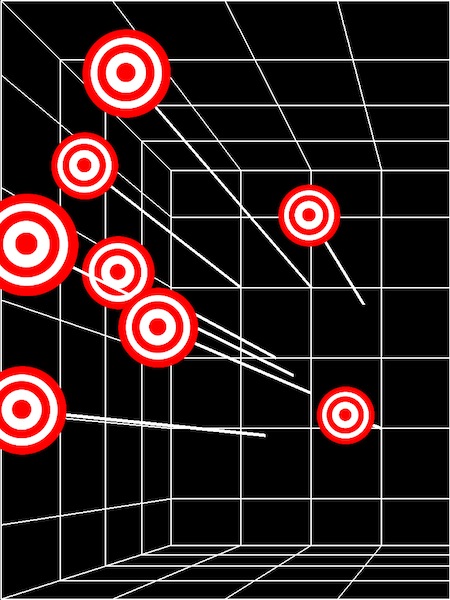 Back in April, you might remember we posted a video showing a software experiment by Jeremie Francone and Laurence Nigay from the Laboratory of Informatics of Grenoble at the EHCI Research Group aimed at bringing glasses-free 3D to the iPad’s screen. The demo, largely based on Johnny Lee’ 2007 work with the Nintendo Wii, used the iPad 2’s front-facing camera to track the movements of a user’s head and simulate various 3D animations on screen without the need of glasses, by simply modifying a 2D environment in order to give the illusion of “looking at a small window.” Francone wrote in April:

I use the front facing camera to detect and track the 3D position of the face of the user in real time. Then I use this data for dynamically adapting the perspective of the 3D scene. This Head-Coupled Perspective system gives the user the illusion that he looks at a small window. Objects can be displayed in front of the screen surface, or behind the screen surface. Such technique has a number of great properties, especially on mobile devices.

The experiment, viewed 1.5 million times on YouTube, has become an app and it’s now available for free in the App Store. It packs all the demoes seen on the video, it also runs on the iPhone 4 and, after a few tests, I can say it works pretty well although maybe it’s not just as fluid as the original video (might have been because of my room’s light conditions though). However, the Head-Coupled Perspective technology for iOS definitely does its job in displaying monocular 3D that does not use the devices’ accelerometers or gyroscopes.

The face tracking system does not detect and track the face in every lighting condition. Read the instructions in the app to get a good tracking.

i3D for iPhone and iPad is available here for free. In case you missed it, check out the original video below.