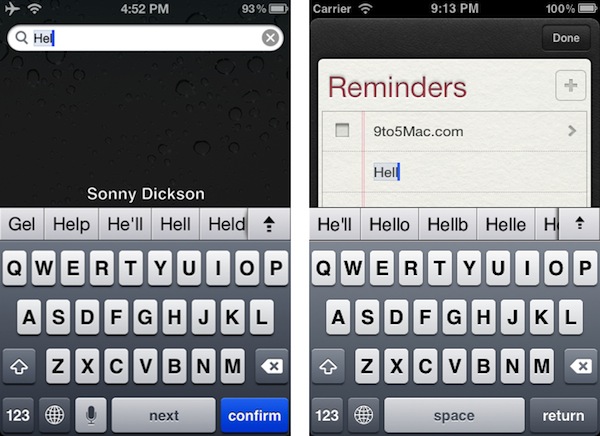 As reported by 9to5mac, it appears Apple’s iOS 5 comes with a software functionality to enable an Android-like extra keyboard row for auto-corrections and common suggestions systemwide.

Screenshots of the feature, first posted by Australian developer Sonny Dickson, seems to suggest the feature had been present in iOS 5 since the first beta seeded to developers, but have only been recently re-discovered. The images posted by Dickson show an additional row on top of the standard system keyboard on the iPhone and iPad, which in the provided examples includes suggestions to auto-complete “Hel” with common options like “He’ll”, “Help” or “Gel”. It appears that once enabled, the keyboard bar replaces iOS’ standard auto-correction popup. 9to5mac shares a method on how to enable the feature without a jailbreak. 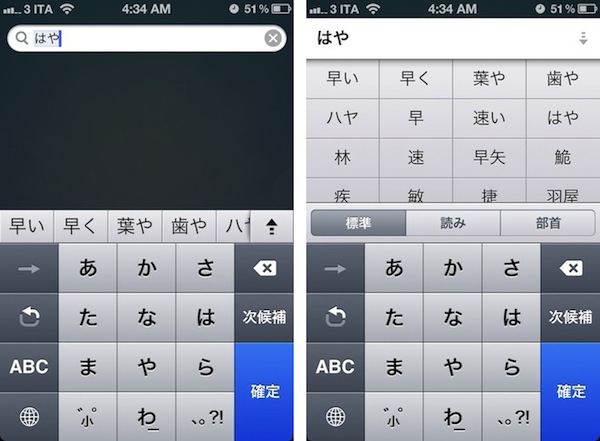 The extra keyboard row, however, isn’t completely new to iOS 5. The OS already uses a similar (if not the same) system for the Japanese Kana keyboard, with text suggestions displayed in a bar that you can scroll, and expand with the arrow icon also seen in Dickson’s screenshots. For this reason, we believe the hack simply extends the Japanese keyboard’s functionalities to other iOS 5 keyboards.

As usual with unofficial iOS 5 features discovered by developers hacking around the system, don’t expect complete and reliable functionality from the keyboard bar. As Panorama Mode has shown earlier this week, there’s a reason Apple has decided not to include a certain feature in the final version of iOS 5, and early reports from users who have activated this tweak indicate the keyboard bar may crash the iOS Springboard. Still, this is an interesting discovery that we’d be curious to try out with the new iPad split keyboard, also a new feature in iOS 5.