Originally released as beta in March, Flash Player 10.3 finally hit stable status yesterday and it’s available now for public download on Adobe’s website. The biggest change in version 10.3, as outlined in our previous coverage, is the introduction of a new panel in the Mac’s System Preferences application that allows users to easily manage Flash Player’s local storage settings, camera and microphone options or peer-assisted networking without having to open Adobe’s website through links most users don’t even know about. It’s all integrated in the System Preferences, and personally I think it’s a welcome change for those who need to keep Flash installed, but would like a more native Mac management.

Flash 10.3 also brings some new features for developers. As explained by Adobe in a blog post, Media Measurement allows companies to check how their Flash content is distributed on a website, what the audience reach looks like, and other stats. Another desktop-only functionality (Flash is also available on Android) is acoustic echo cancellation, which allows developers to take advantage of “noise suppression, voice activity detection, and automatic compensation for various microphone input levels” to build better audio experiences in online games and conferencing software.

You can check out Flash Player’s 10.3 release notes here, learn more about the developer features on Adobe’s blog post, and download Flash here. If you’re using Chrome the plugin is already sandboxed within the browser, so you’ll have to use Safari to download the latest version. 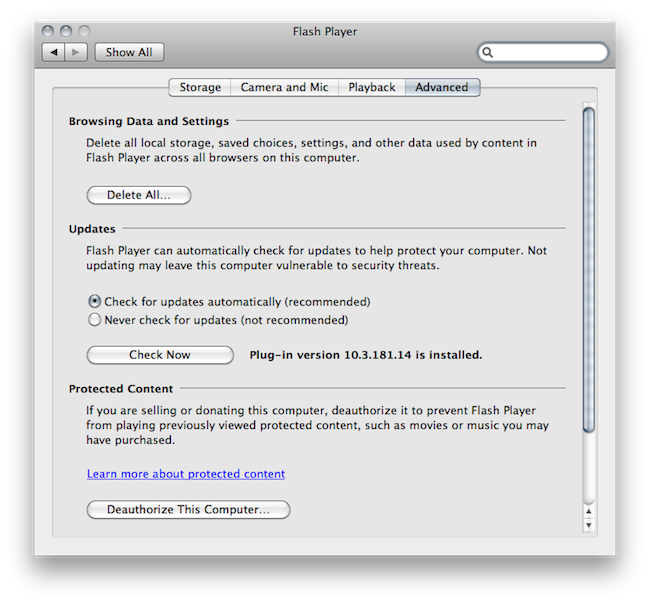