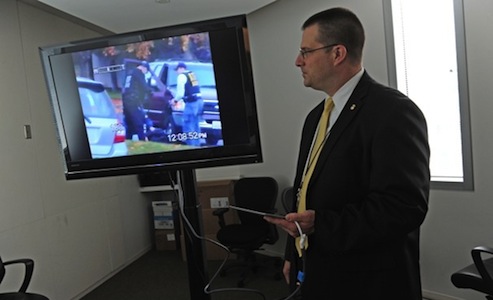 iPads, iPhones, Gmail and Android phones; typically they have been the devices and services used (and loved) by consumers around the world. Yet in recent times they are increasingly becoming a reality for employees within the confines of the bureaucratic world of government departments. An article today in the Washington Post details how ‘federal government 2.0’ has embraced consumer devices, to solve real world problems and to appease government employees across the US.

Somewhere in America, perhaps at this very moment, a bad guy is under video surveillance. He is being watched, every movement, every step — but not on a little TV. That’s so 2009. Instead, a special agent from the Bureau of Alcohol, Tobacco, Firearms and Explosives is keeping tabs on an iPad.

It isn’t just President Obama that is lucky enough to own an iPad, employees in various departments in all arms of the US government are bringing them in to work and the IT staff have stopped restricting them and started embracing them. Vivek Kundra, the federal government’s chief information officer says that it’s not that people don’t like government or corporate style technology – they despise it.

Kundra’s answer to the issue of people using unauthorized devices is simple: Give them what they want.

Agilex, one of the companies contracted by the government to integrate Apple products into government agencies has said that “the demand we are seeing now in the last 90 days has been just extraordinary.” – “It’s like everybody is saying, ‘This is really happening here now’”. Gmail too has been widely adopted across many agencies in the Federal government including the State Department, NASA and the Army . Yet the best part is that it doesn’t just make the lives of government employees better, but it is also saving the government money.