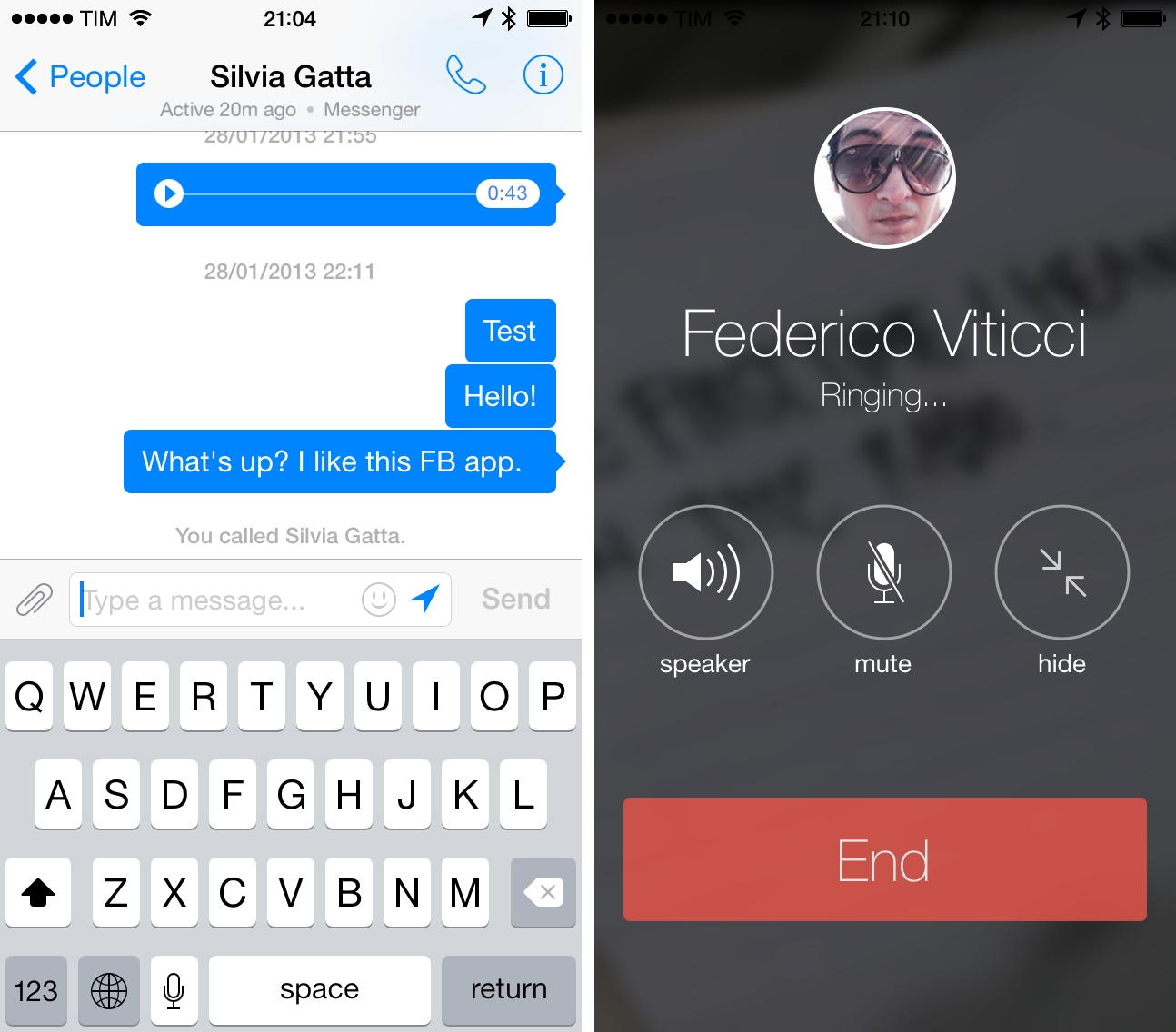 Previously limited to the UK, US, and Canada on iOS and selected countries on Android, Facebook’s Messenger app has today added free audio calls on WiFi (VoIP) for all users in all countries.

Free calls in Facebook Messenger can be initiated from the chat interface by tapping on a phone icon in the upper right corner of the screen. Once started, Facebook Messenger will start “ringing” another user’s device – because Messenger can’t always run in the background like Apple’s Phone app, however, the company is using standard push notifications to inform users that a call is being received. In the Facebook Messenger app, the call interface is reminiscent of Apple’s Phone app design for iOS 7.0 and iOS 7.1 with circular buttons for speaker, mute, and hide, and standard green and red targets to answer or end a call.

While there’s no shortage of free VoIP calling solutions on iOS, Facebook aims at making it easier to reach your friends by building the feature into the existing Messenger contact database, prominently featuring the button in the chat UI of the app. Facebook Messenger was updated last week to version 4.0 with group management features, and version 4.1 is available now on the App Store.