An update in iTunes Connect shows that developers can now generate promo codes for apps sold in the Mac App Store:

You can now generate promo codes for your Mac apps in iTunes Connect. These promo codes can be redeemed in any Mac App Store worldwide. For each version of your app, you can request up to 50 promo codes.

Promo codes can now be generated for Mac OS X apps and redeemed through any Mac App Store internationally.

The lack of promo codes for the Mac App Store left many developers frustrated as promo codes are, according to many, the easiest way to run contests and giveaways, or send an app for review to journalists and bloggers. The change of policy seems to be appreciated among developers basing on the first reactions we’re getting on Twitter. Indeed, this is a welcome new feature.

To redeem a promo code, just head over the “Redeem” tab in the Mac App Store’s sidebar: 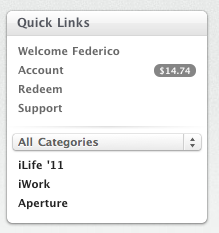