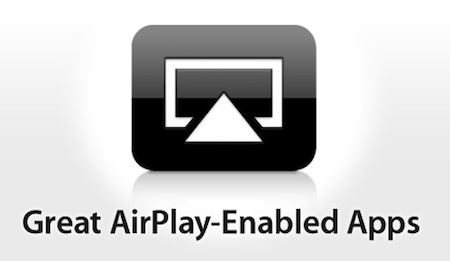 With the release of iOS 4.3, Apple enabled third-party developers to implement the AirPlay streaming technology in their apps, a feature that was previously exclusive to Apple’s own software on iOS 4.2. On the new iOS 4.3, not only does Safari allow you to stream video content from the browser to an Apple TV, developers also got the possibility to use the AirPlay APIs (after several requests) in their applications. Apps like Air Video or StreamToMe greatly benefit from the addition of AirPlay without any manual hacking.

To celebrate the new feature for all developers, Apple has put up a section on the App Store to showcase the first apps that make great use of AirPlay. “AirPlay-Enabled Apps” collects 11 different apps that have been updated to support wireless streaming, The list includes the VEVO Player, Air Video, ESPN Magazine, and Discovery Channel HD. All these apps let you beam video from your iOS device to the Apple TV in your local network.

You can find the section here, and we hope Apple will soon update it to feature more great apps for the iPhone and iPad. The problem? If you have a Verizon iPhone you might be out of luck.