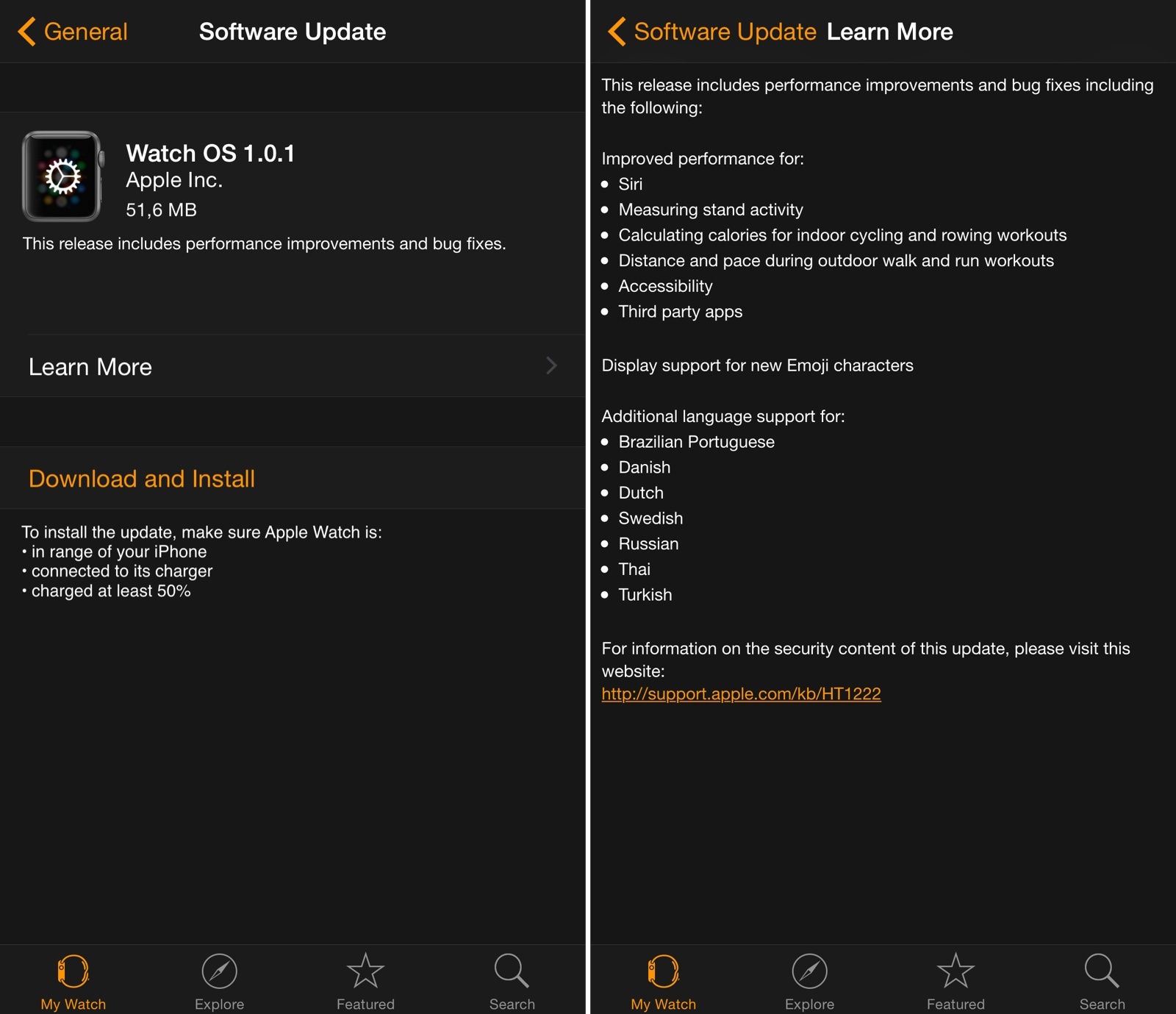 Apple has released the first update for Watch OS today, bringing a variety of improvements for Siri, third-party apps, and fitness features on Apple Watch.

In the first update since the device’s launch, Apple highlights improved performance for measuring stand activity and calculating calories for indoor cycling and rowing workouts, three of the Apple Watch’s fitness-oriented functionalities. The update also notes that Siri and third-party apps should have better performance now – notably, a number of initial reviews of the Apple Watch noted how apps (based on the WatchKit framework) were slow to load and prone to errors.

Watch OS 1.0.1 is available now in the Software Update section of the Apple Watch app for iPhone. You can find the full changelog in the screenshot above.