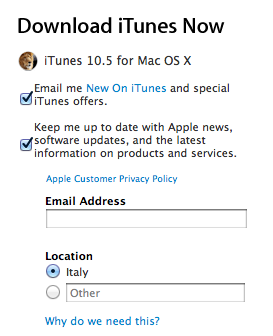 Apple today released iTunes 10.5, a new version of its media manager that adds a number of improvements and official support for devices running iOS 5. The next major version of Apple’s iOS is coming out this week on Wednesday, October 12th, and iTunes 10.5 will be required to sync devices that will be upgraded to the new software. For iOS 5 devices, iTunes 10.5 brings WiFi Syncing, a new feature that will allow owners of an iPhone, iPad or iPod touch to sync apps and media wirelessly through iTunes.

iTunes 10.5 was originally seeded to developers in June, when Apple also released the first beta version of iOS 5. Since then, we noted iTunes 10.5 included some minor graphical updates to the interface; this summer Apple also rewrote iTunes’ codebase to take advantage of Lion with full 64-bit support, and this new version of the app includes the changes we originally reported here. iTunes 10.5 also adds support for iCloud, Apple’s new cloud service that allows users to store digital purchases in the cloud, and re-download them at any time on any device. This functionality was previously activated as “beta” and called iTunes in the Cloud; as Apple notes, “iTunes in the Cloud is now part of iCloud”, but that doesn’t change the way songs and apps have been able to be pushed across devices since last June. iCloud will also be officially launched on October 12th alongside iOS 5.

As we detailed in June with the release of “iTunes in the Cloud” as beta for iOS 4.3 and iTunes 10.3, iCloud support in iTunes allows users to re-download all previously purchased songs, TV shows, apps and books at no additional charge. In the new Purchased section of iTunes, users will find a link to browse previous downloads and re-download them at any time. Another option to automatically fetch all new downloads from any device and save them on a Mac or PC – called Automatic Downloads – is also enabled with iCloud on iTunes 10.5.

The ‘Purchased’ screen is a really handy feature to easily and quickly find a previous purchase and instantly download it or even download all of your previous purchases with just one click. The feature, which is also included in iOS 5, is part of Apple’s iCloud, which was unveiled at yesterday’s WWDC keynote. The ‘Purchased’ screen also gives you some fairly powerful tools to find the exact purchase you want, either from just searching, only displaying items not downloaded to your iTunes library or just list the purchases alphabetically. 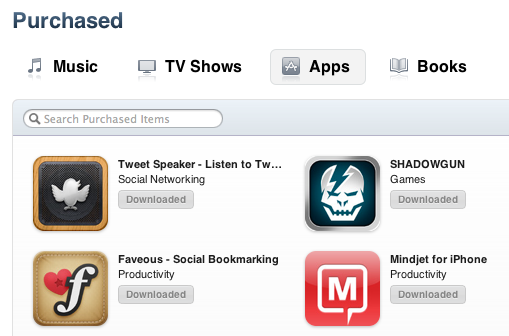 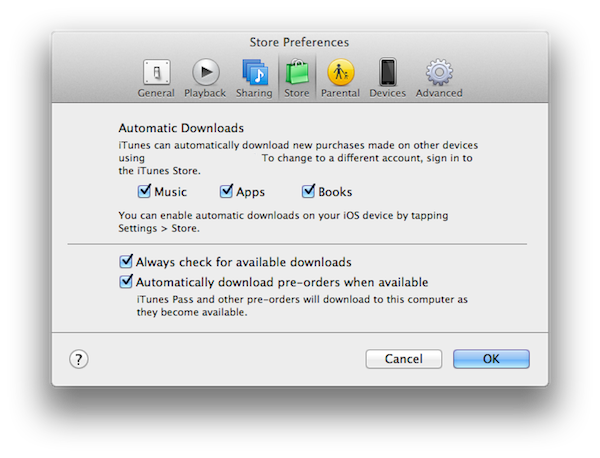 Update: Full changelog of iTunes 10.5 below. 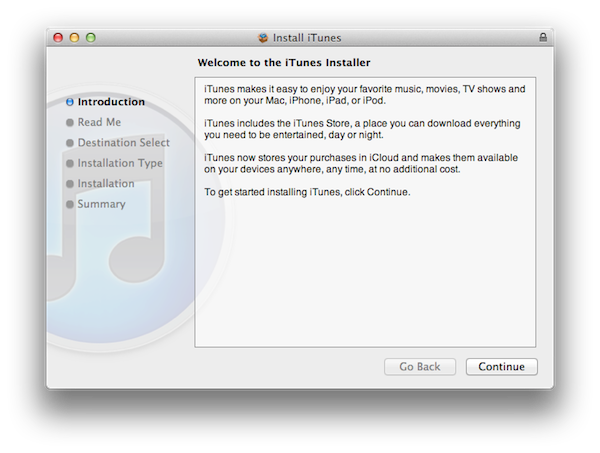 Update #2: It appears iTunes Match has been removed from this public version of iTunes 10.5 – iTunes Match is still developer-only and launching at this end of this month.