Apple has just released iOS 5 beta 6 in the Dev Center, with build number 9A5302b. Additionally, Apple has also released a new iTunes beta, Xcode 4.2 Developer Preview, Apple TV software and the second beta of iWork for iOS with iCloud functionalities. The release comes two weeks after iOS 5 beta 5, seeded to developers on a Saturday. iOS 5 is expected to be the operating system the next-generation iPhone will ship with out of the box, with recent rumors suggesting an early October release for the device.

iOS 5 beta 6 can also be installed over-the-air on devices running iOS 5 beta 4 or later – beta 6 for the GSM iPhone 4 is a 144 MB download as pictured below. Apple recommends a backup either through iTunes or iCloud prior to installing iOS 5 beta 6. 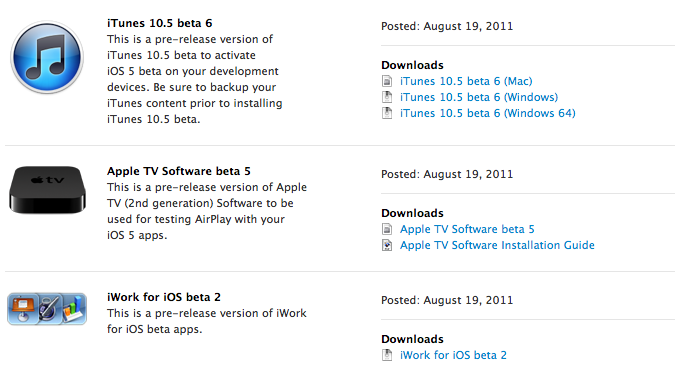 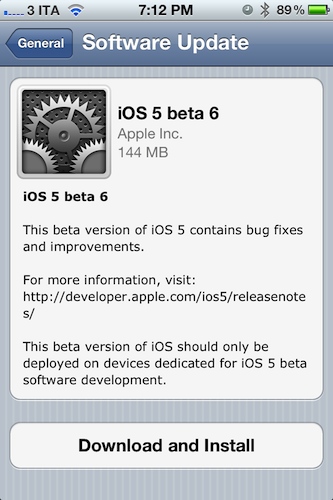 iOS 5 is the next major release of Apple’s mobile operating system for iPhone, iPad, and iPod touch, bringing new features like direct Twitter integration, PC-Free setup, iCloud, and completely revamped notifications to iOS devices this Fall. We will update this post with more information on the latest beta as it becomes available.

Update: Apple also seeded a new beta of the iCloud desktop control panel for Lion, Safari 5.1.1 for developers, as well as a new version of OS X 10.7.2. OS X 10.7.1 was released earlier this week, and 10.7.2 is being provided to developers to test iCloud integration on the Mac.