Apple has just released iOS 5.0.1. The update is available now on Apple’s iTunes, although at the moment of writing this the new software version still has to show up on iOS 5’s built-in Software Update preference panel. iOS 5.0.1 is, however, appearing as an update on iTunes. iOS 5.0.1, as previously announced by Apple, brings battery life fixes for all devices running iOS 5, as well as security improvements and multitasking gestures on the original iPad. Battery life issues were especially reported in the past weeks by iPhone 4S users, and a number of unofficial “tutorials” have surfaced on how to improve battery life for the device. With iOS 5.0.1, Apple is saying battery life issues weren’t specific to the iPhone 4S, but to iOS 5. 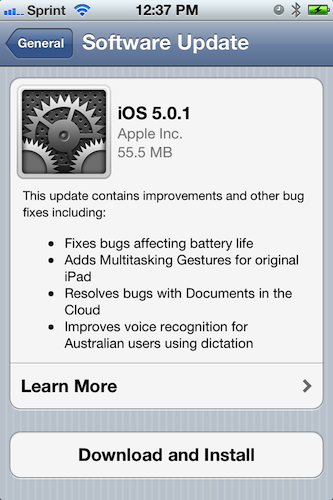 Update #2: Apple has posted the security contents of this update, and among the fixes it appears to be one for the bug discovered by Charlie Miller, which allowed execution of unsigned code in App Store apps.

A screenshot of the official changelog below: 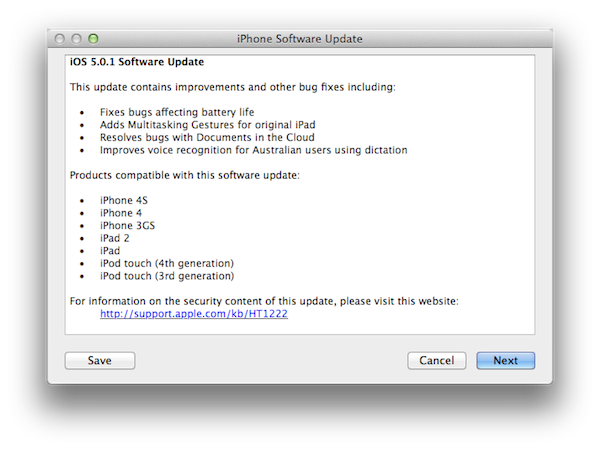