With today’s weekly App Store refresh, Apple has launched a new curated section highlighting the best app and game releases of April 2014, called “Best of April”. The new showcase, available on the iPhone and iPad App Store but absent from the Mac App Store, suggests Apple’s intention to start offering a monthly recap of the App Store’s best releases, handpicked and curated by the App Store’s editorial team.

In the new section, Apple lists “Great Games” and “Amazing Apps” that include titles such as Monument Valley, Fantastical for iPad, Duolingo, and Hitman GO. Alongside a selection of items previously featured during the month, however, Apple also lists the “Best App & Game” of the month; for April 2014, Apple has picked Blizzard’s Hearthstone and Comedy Central for the iPad, and Leo’s Fortune and NYT Now on the iPhone. 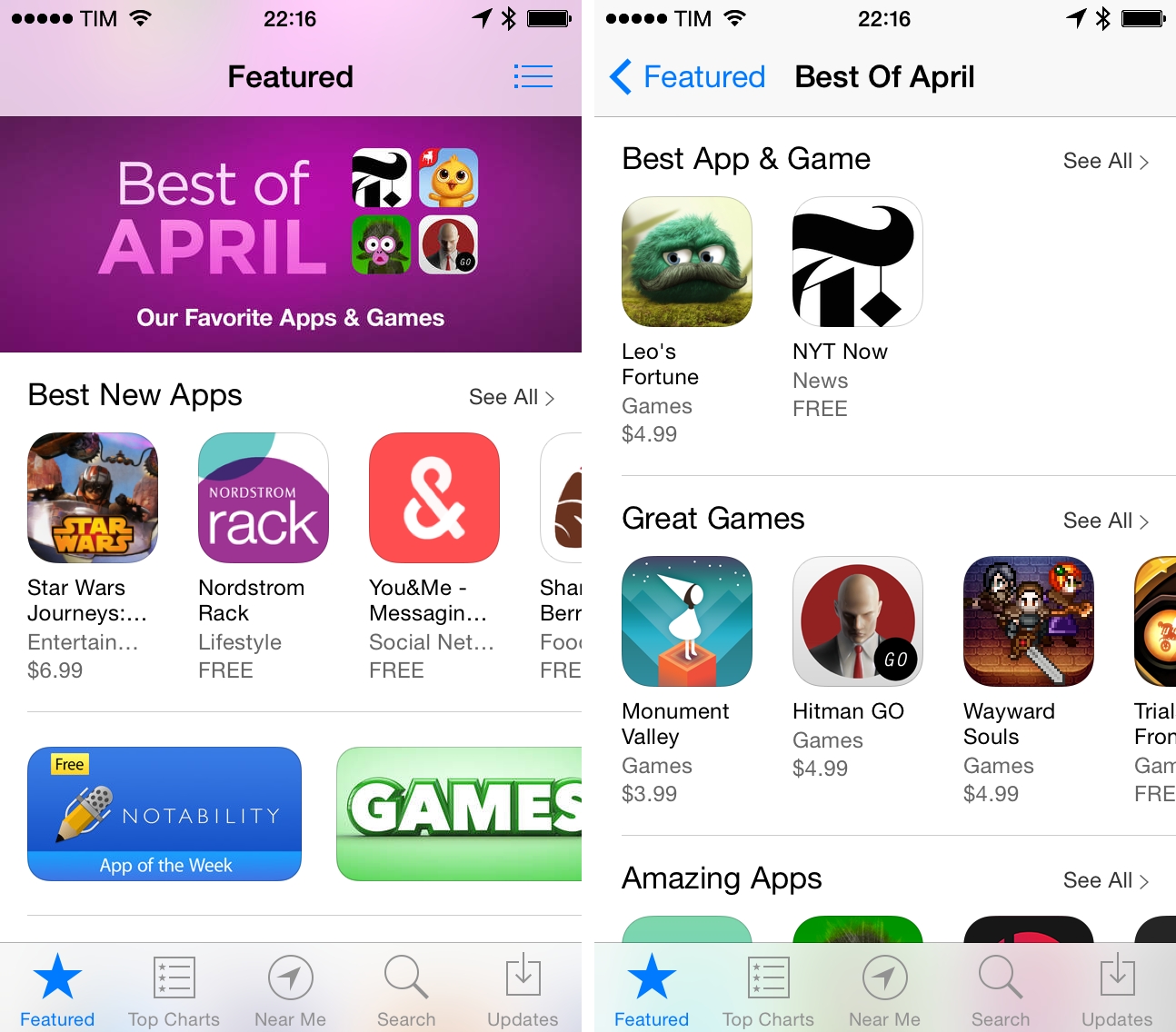 While it’s unclear whether “Best of…” will become a regular section launched on the first day of each month (today’s weekly App Store refresh coincides with May 1), it’s likely that Apple will continue highlighting notable App Store releases on a monthly basis in this new section.

Apple has a variety of sections that are updated every Thursday with new staff picks, including the Editors’ Choice and rotating Best New Apps and Best New Games sections displayed on the front page of the App Store. A monthly recap could provide Apple with another channel to recommend the best apps and updates (such as Duolingo this month) without depending on the App Store’s mid-week refresh. In March, Apple launched an App Store section called “Indie Game Showcase” aimed at highlighting iOS games by independent developers.