Apple has just made their ‘Apple Events’ channel accessible again from any Apple TV (2nd or 3rd generation), ahead of today’s WWDC keynote. The channel will allow users to stream the WWDC keynote from 10am, San Francisco time, as Apple previously announced. The channel also allows users to stream past Apple events, just in case you have some time to kill whilst you wait for today’s event. 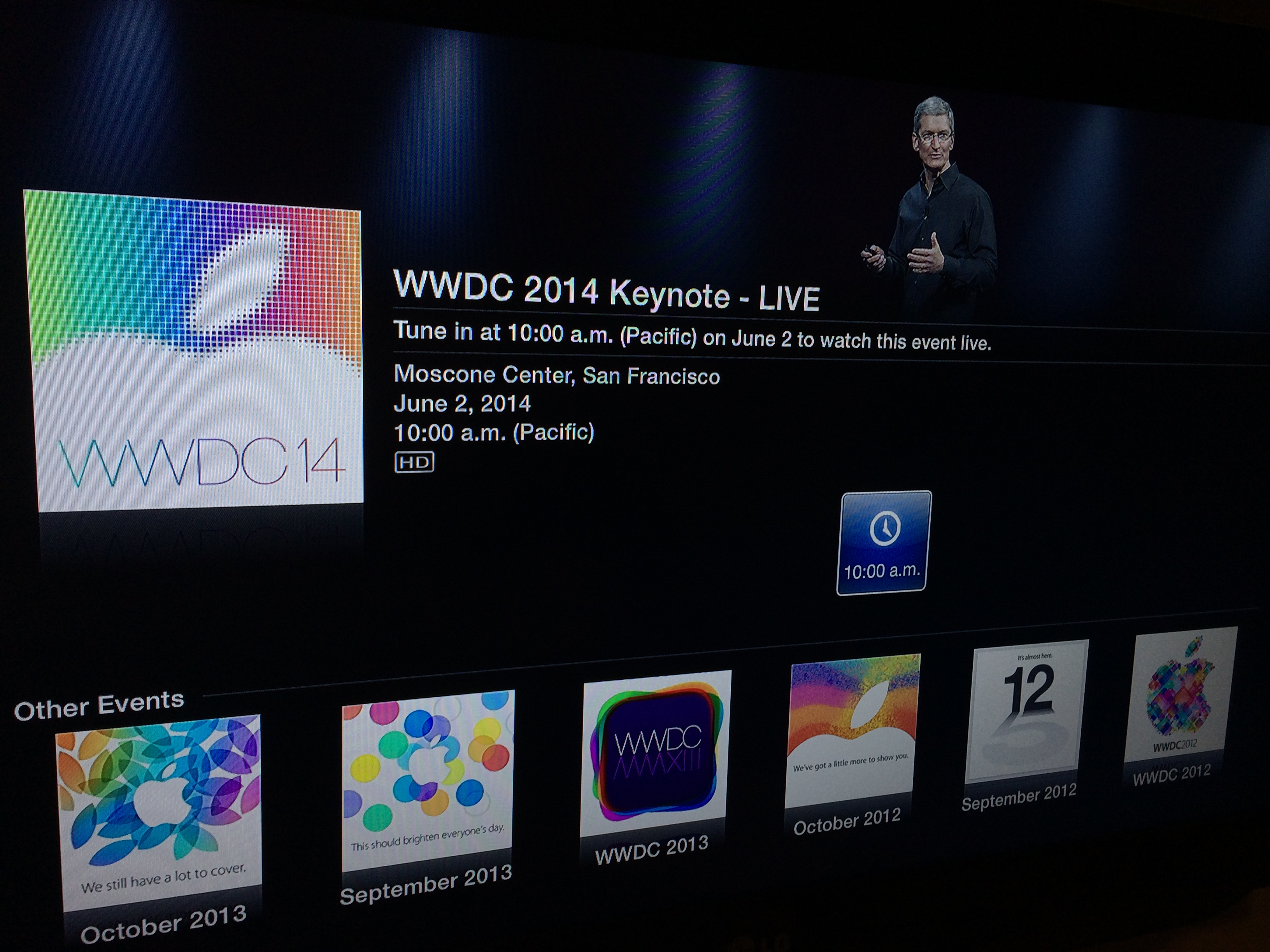 For those without an Apple TV, you will also be able to stream today’s keynote from Apple’s website on a Safari browser on a Mac or iOS device.

Apple is expected to unveil iOS 8 and the next version of OS X during the WWDC keynote; according to 9to5mac, OS X will undergo its first major redesign in years under the direction of Jony Ive, while iOS 8 will refine the new interface introduced by iOS 7 last year and introduce new features such as split-screen multitasking on iPad, a Healthbook app for health monitoring purposes, better inter-app communication, and more.

You can follow our WWDC 2014 hub for updates, or subscribe through RSS to our dedicated WWDC 2014 feed.