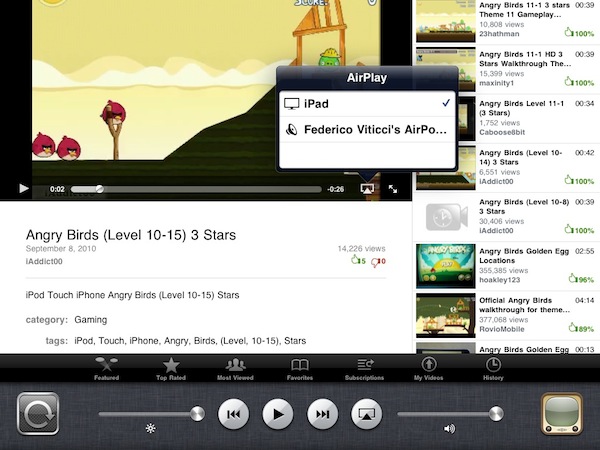 Great news: AirPlay is back to the official Youtube app for iPhone and iPad, and AirPlay even got specific controls in the multitasking bar.

When iOS 4.2 Beta 3 came out, we first reported that Apple removed the AirPlay feature in the built-in Youtube app. The feature is now back, also with a new icon.Two weeks ago, we wrote:

So we waited and AirPlay is finally back, with nice system-wide controls in the multitasking tray. Please also notice the redesigned button and volume / brightness controls. 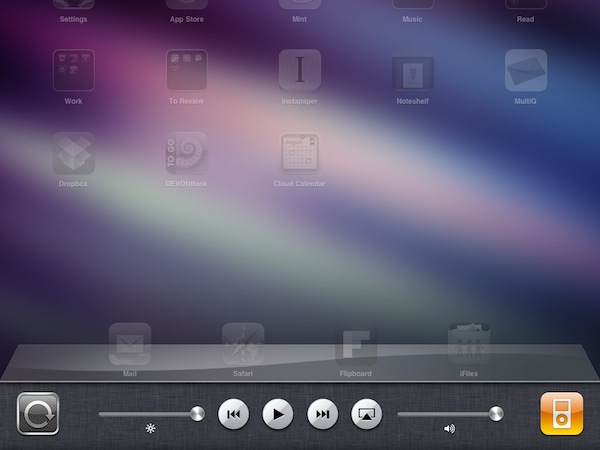 We can confirm AirPlay is working both in Mobile Safari and 3rd party apps like iFiles.

Update: We can confirm AirPlay’s functionality is back in every app that supports the standard media controller. There seem to be problems with video streaming to Apple TV but that’s because the Apple TV needs an AirPlay update. I, for instance, can’t get the AirPlay video feature as my only AirPlay device is an Airport Express connected to my audio system.