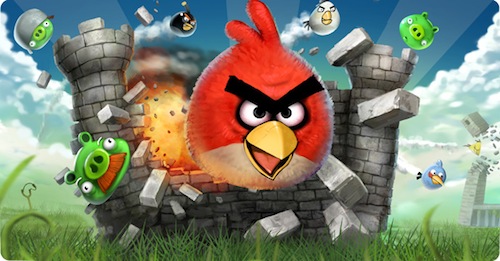 Peter Vesterbacka, the “mighty eagle” at Rovio, thinks Apple is going to sit at the number one spot of mobile platforms for a long time. Angry Birds is, quite possibly, the most successful game that has ever landed in the App Store: more than 50 millions of copies sold, an equally popular iPad version that has been recently updated, a rumored sequel already in the works which will feature a “pig point of view”, Angry Birds cases at Apple Store. If that’s not enough, Rovio is launching its own pig-based mobile payment system.

In an interview on Tech n Marteking, Vesterbacka had a few things to say about iOS and Android. He thinks that iOS will remain the top mobile platform for a long time, and developing for Android requires lots of extra efforts due to fragmentation and the fact that paid content “just doesn’t work” on Android.

Apple will be the number one platform for a long time from a developer perspective, they have gotten so many things right. And they know what they are doing and they call the shots. Android is growing, but it’s also growing complexity at the same time. Device fragmentation not the issue, but rather the fragmentation of the ecosystem. So many different shops, so many different models. The carriers messing with the experience again. Open but not really open, a very Google centric ecosystem. And paid content just does’t work on Android.

Fragmentation on the device side is not a huge problem, but Steve is absolutely right when he says that there are more challenges for developers when working with Android. But that’s fine, developers will figure out how to work any given ecosystem and as long as it doesn’t cause physical pain, it’s ok.

Some people are calling Angry Birds the Pac Man of the new generation of mobile gaming. There’s no doubt Angry Birds is one of those games that won’t be forgotten easily and will become an even wider pop hit. I wouldn’t be surprised to see the sequel a launch title of the new iPhone next year.