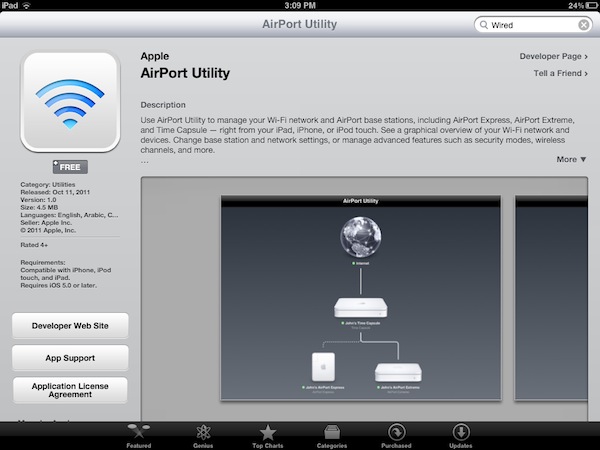 Apple today released AirPort Utility for iOS, an app to configure and manage AirPort devices on a local network. An early beta version of iOS 5 showed that Apple was building support for managing AirPort stations (such as the AirPort Express and AirPort Extreme) right into the operating system; however, as we noted last week the Golden Master release of iOS 5 included a link to download AirPort Utility for iOS from the App Store, which wasn’t available.

AirPort Utility requires iOS 5, which will become available publicly later today. You can install the app by clicking on “Manage This Network” on your iOS device’s WiFi settings for an AirPort station.

The app isn’t showing up in iTunes search yet, but here’s the direct link that should be available shortly: AirPort Utility

AirPort Utility provides a straightforward interface to manage AirPort devices on a local network. The app shows AirPort stations that are connected to the Internet, and on the iPad gestures are supported to zoom out the view and get a better visual of all the available devices. Tapping on the Internet icon will let you see the status of your connection with Router Address, DNS Servers and Domain Names; tapping on an AirPort Device will show a popover menu with the device’s name, IP Address, Serial Number, Software Version, Network and connected Wireless Clients. You can check out the connection status, IP Address and Hardware Address for each connected client.

Tapping the Edit button will enable you to configure various settings of an AirPort device, including File Sharing and Disks for an AirPort Extreme, DHCP and NAT, WAN Setup and Access Control. You can restart a base station from the app and restore it to default settings. You can manage the Internet Connection settings for the device, activate a Guest Network and change the WiFi Mode of an existing network. Overall, it appears the AirPort Utility app for iOS 5 has implemented much of the options available in its Mac counterpart.

More screenshots after the break. 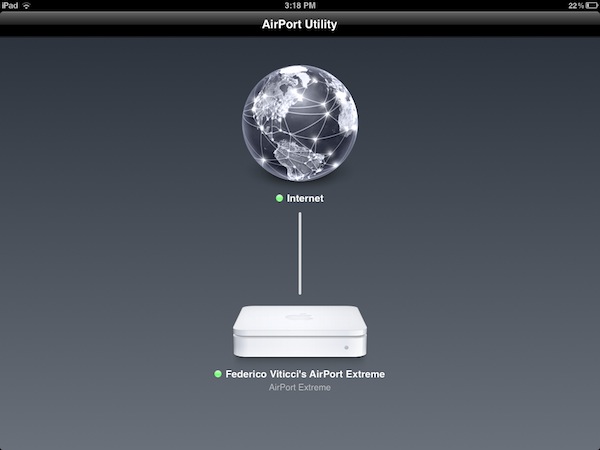 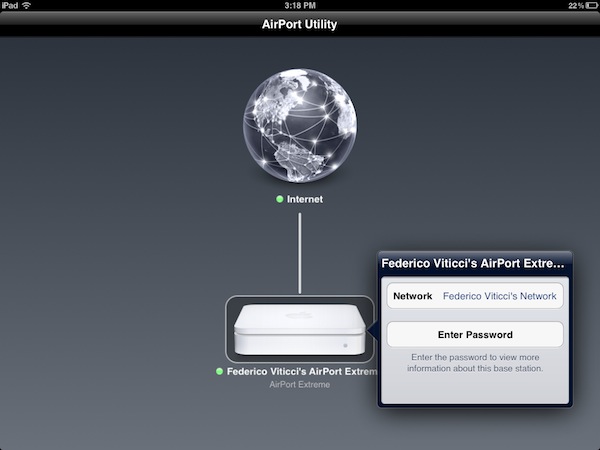 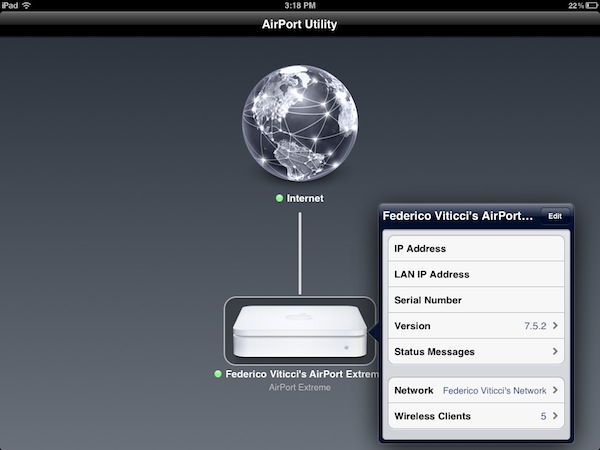 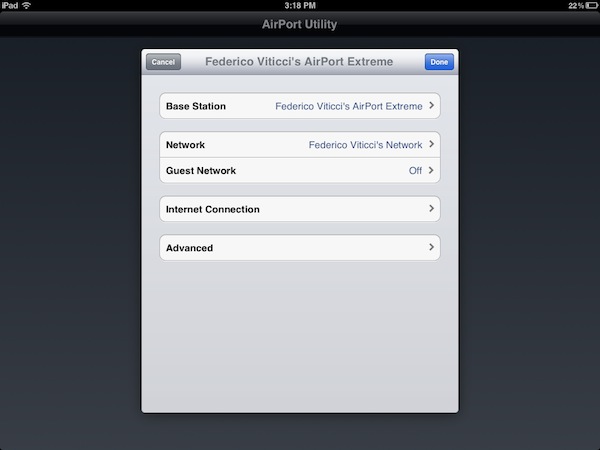 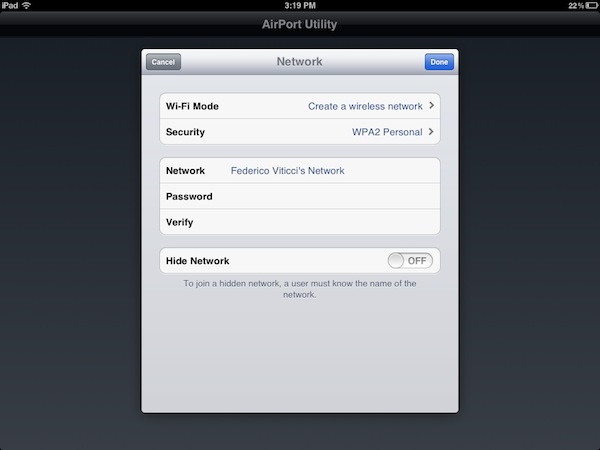 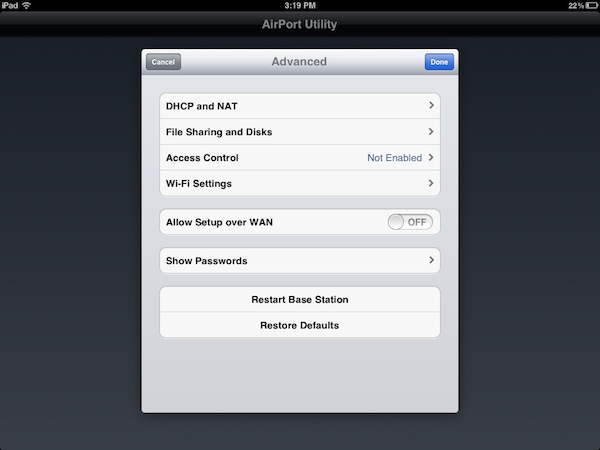