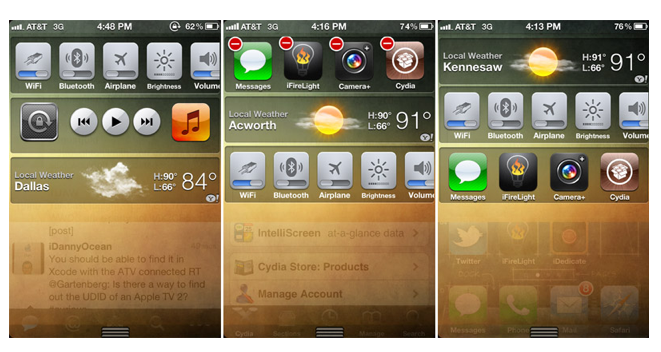 With the release of redsn0w and the first unofficial widget for iOS 5 over the weekend, we noted how developing widgets for the new Notification Center could open a big new opportunity for developers willing to invest on features not implemented by Apple – e.g. widgets in iOS 5 are limited to the iPhone and the Stocks and Weather applications. We first detailed UISettings on Saturday, a widget that, similarly to toggles for popular iOS 4 tweak SBSettings, allows users to quickly activate iPhone hardware functionalities like WiFi, Bluetooth and Brightness.

Since the release of UISettings, several developers have started playing around with the concept of widgets in Notification Center. Besides some obvious updates to UISettings that brought an improved design and stability, others have released new tweaks to enable new functions in the area otherwise reserved to notifications. Spring Prefs, for example, is an upcoming widget by @GreySyntax that will put system information in the Notification Center. Available RAM, firmware version, IP and uptime – they all can be viewed right under the status bar of iOS 5 with a pulldown gesture. In the same sneak peek, you can also see a custom Notification Center theme that gets rid of Apple’s much criticized linen background for a more elegant transparent effect and minimal layout. 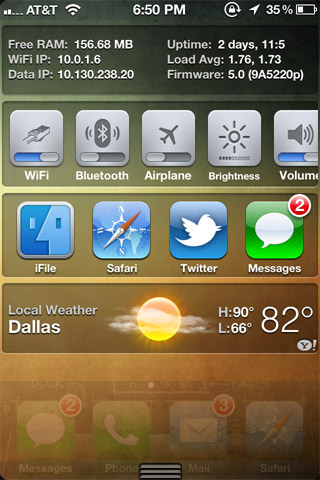 Other mockups posted on Dribbble show how Notification Center could be customized to run different themes: 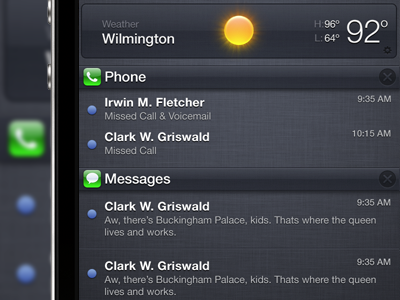 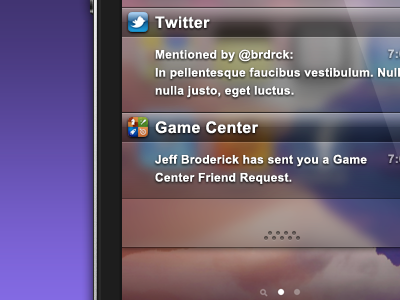 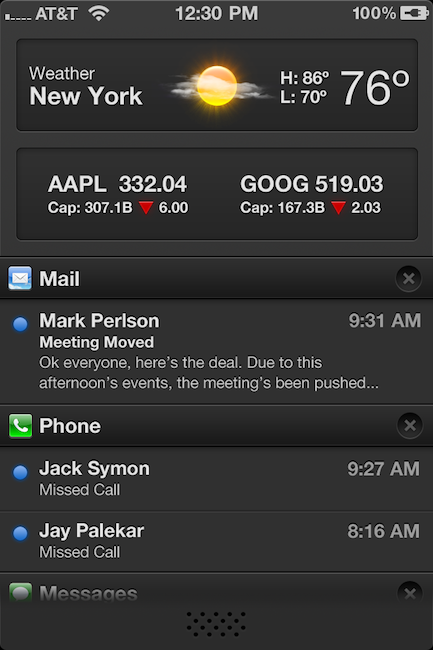 There’s more. Other widgets surfaced yesterday show what’s possible to achieve by going past Apple’s limitations and put additional information in the Notification Center – this could be a tricky business as Notification Center was intended for, well, notifications and there’s the risk of hiding important updates by filling up the whole space with widgets, but still it’s interesting to see what developers are working on. Music Center, detailed by iSpazio, is being developed by the same creator of UISettings and will display “now playing” music info in the notifications area. We assume future versions will also enable users to control music from a widget, alongside visualizing album artwork, song title, and so forth. 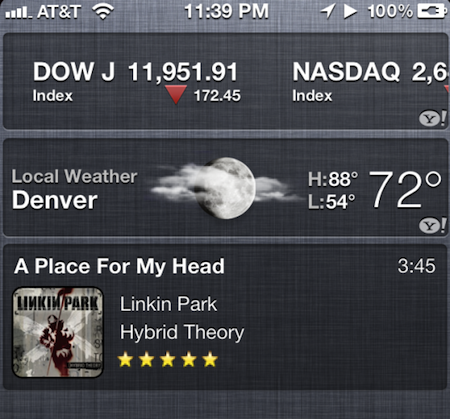 Last is Widget Task, another Notification Center tweak that will disable the Home button double-tap and put recent apps for fast switching in the pulldown menu. You can check out the screenshot on top of this post to see how the multitasking tray will look like in Notification Center.

iOS 5 is obviously relatively new and jailbreak developers have been able to play with it for just a few days. We’re sure more will come in the next weeks, but there’s no doubt widgets and notifications will play an important role in allowing developers to customize and hack iOS to display different content.