Spotify’s Head Of Business On iTunes and Music Labels 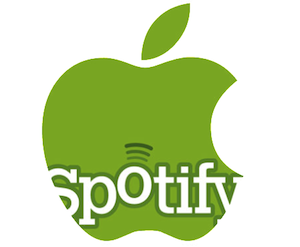 Spotify, the European-based music streaming service, is having a hard time trying to launch its product in the United States. Once expected to become available in a self-imposed December 2010 deadline, the service failed to launch due to the lack of deals with major music labels that, as you can guess, have to guarantee Spotify access to their music libraries.  Two weeks ago, All Things Digital reported Spotify managed to close a deal with Sony, as a first step to bring the service to the United States. In the past months, rumors surfaced detailing how Apple was subtly playing against Spotify to convince labels that the service wouldn’t be a good source of revenue like iTunes.

Q: But aren’t the labels eager to break iTunes’ monopoly?

A: If you’re the digital team [at a label] and 80% of your revenue was coming from one place, how much are you going to p*ss them off until someone else can guarantee all that revenue from a new source?

Put yourself into their shoes for a moment – you’re a nice, fat big executive at label X, Y, Z. You’re getting half a million dollars a year as long as you hit your bonus. Your bonus means that 80% of your revenues comes from iTunes. Are you going to tell iTunes where to go? Because your half a million dollar bonus has now gone.

According to various reports, Apple may be blocking Spotify from launching in the States because of a similar music streaming service they are building on top of iTunes, based on the data center in North Carolina. [via Cult of Mac]