Quickly Share iOS Photos With Your Mac (And iOS Devices) 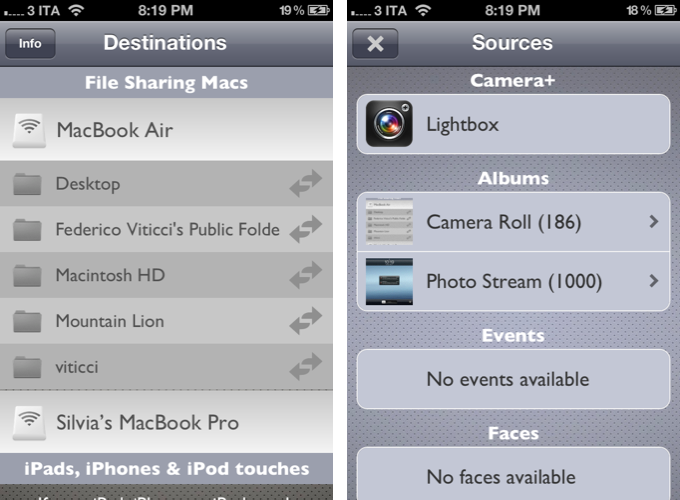 Kirk McElhearn at Macworld shares an interesting method to automatically import iOS photos on OS X, originally via The Iconmaster:

I gave up on Image Capture and used Dropbox. But if you’ve used Dropbox for this purpose, you know it involves several steps: launch the app, tap the Uploads tab, tap the add button, tap the photo, etc. etc. It works, but it wasn’t convenient enough.

I wanted something instantaneous. Fortunately, Ryan McCuaig was able to point me in the right direction.

Photo Stream is great, but it’s not 100% reliable. While I can typically wait a couple of minutes for iOS screenshots to show up in iPhoto (or Finder, based on the tip above), sometimes I don’t have that kind of flexibility, as I need access to those images right away. For those times, I use Scotty.

Developed by Galarina, Scotty (my review) is a $1.99 universal app that can send images to computers (on OS X, it uses File Sharing) and other iOS devices. Scotty is fast, well designed, and remarkably intuitive – it is even integrated with the Camera+ lightbox. I also use Scotty as Photo Stream doesn’t work on 3G, and I couldn’t find a better way to send iPhone screenshots to my iPad over Bluetooth.

The screenshots above were imported with Scotty, and processed with Keyboard Maestro.