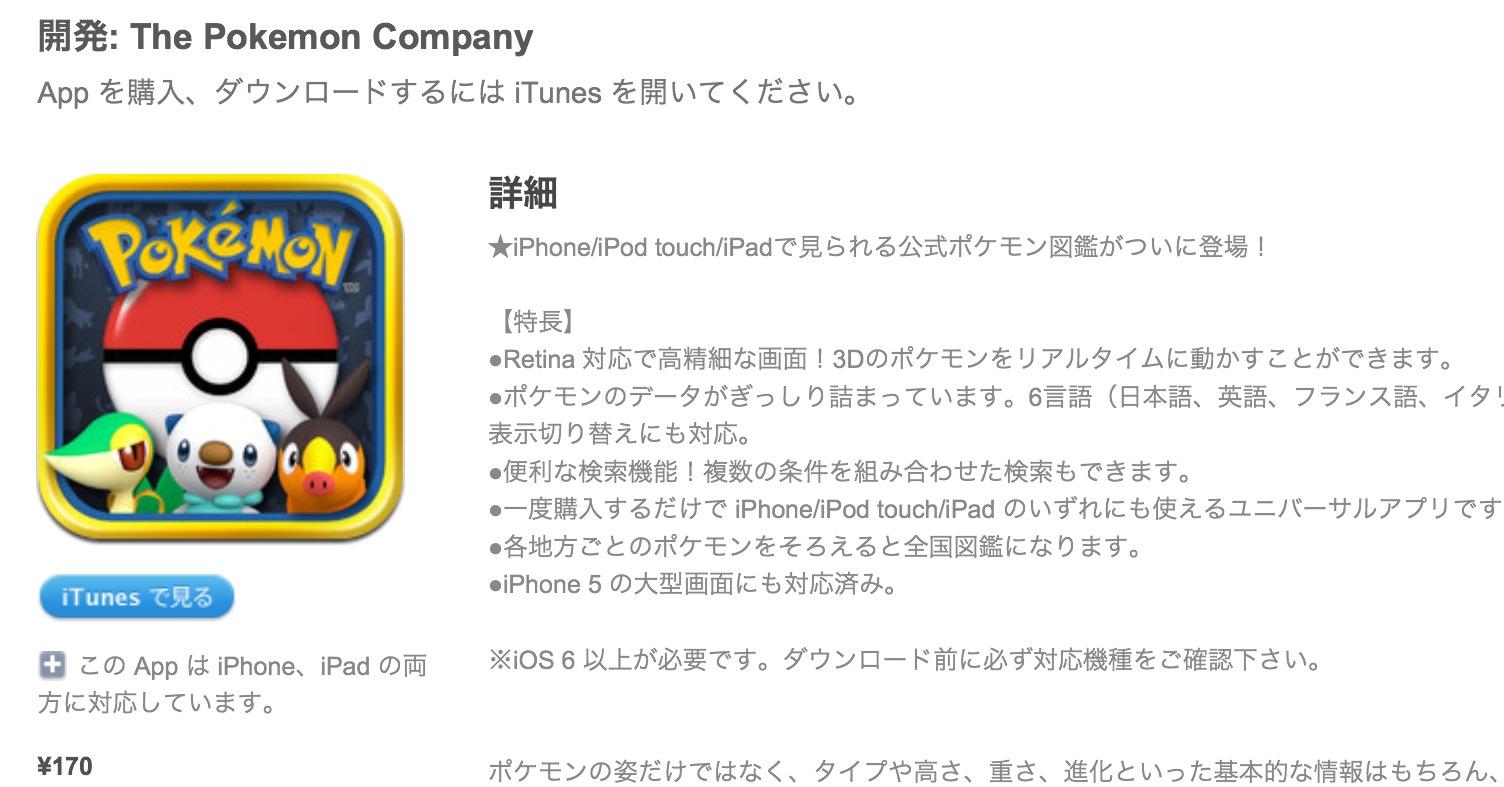 As reported by Serebii (via Eurogamer), Nintendo has today launched its first paid iOS app: a universal version of its existing Pokédex app for the Nintendo 3DS.

Once downloaded you’ll find a version of the Pokémon encyclopaedia which covers all of the latest generation of critters (from DS games Pokémon Black and White). This costs 170 yen (about £1.30). Four extra packs with monsters from previous generations are then available to download for 500 yen (£3.90) each - meaning users will pay around £17 for the whole thing.

This is not the first iOS app for Nintendo (Pokémon Say Tap was available for a limited time last year), but it is the first time the Japanese videogame company is trying its hand at paid App Store downloads. The app is developed by creators of the main Pokémon series Creatures Inc., a studio owned by Nintendo.

Nintendo aficionados have long wished for the company to start bringing its most popular franchises such as Mario and Zelda to the iPhone and iPad. Historically devoted to creating games only for its own hardware (home consoles and portable), Nintendo has, in recent years, started allowing other platforms and devices to use its brands and characters. Aside from this new Pokémon app, it’s worth noting how the new edition of Tekken for the Wii U console features exclusive Nintendo-themed costumes and gadgets. It’s also worth noting how Japan alone represented 7% of Apple’s revenue in Q4 2012.

It’ll be interesting to see if Pokémon will remain an isolated experiment, or if Nintendo will consider more paid iOS apps in the future.