Apple’s Tribute To Steve Jobs, Yo-Yo Ma, And The Prelude From Bach 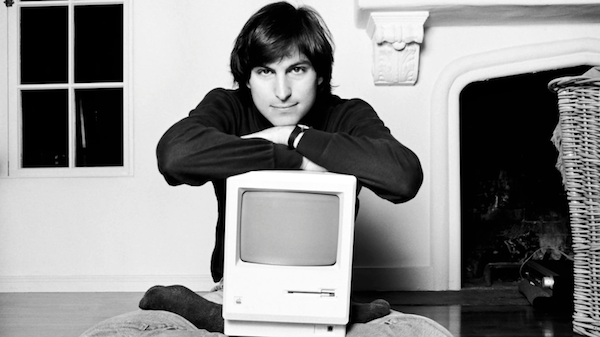 Camillo Miller of Italian website TheAppleLounge noticed an interesting tidbit about the brief tribute to Steve Jobs Apple published on its website today. The song that plays in the video, the prelude from Bach’s Cello Suite No. 1, sounds like F# major. The prelude, however, was composed in G major.

Why tuning down the prelude? It comes down to an important detail related to Steve’s tastes in classical music. The version that Apple is using on the website is played by American cellist Yo-Yo Ma. As Walter Isaacson writes in Steve’s biography, Yo-Yo Ma and Steve were close friends:

There was one classic musician Jobs revered both as a person and a performer: Yo-Yo Ma, the versatile virtuoso who is as sweet and profound as the tones he creates on his cello. They had met in 1981, when Jobs was at the Aspen Design Conference and Ma was at the Aspen Music Festival. Jobs tended to be deeply moved by artists who displayed purity, and he became a fan. He invited Ma to play at his wedding, but he was out of the country on tour. He came by the Jobs house a few years later, sat in the living room, pulled out his 1733 Stradivarius cello, and played Bach. “This is what I would have played for your wedding,” he told them. Jobs teared up and told him, “You playing is the best argument I’ve ever heard for the existence of God, because I don’t really believe a human alone can do this.” On a subsequent visit Ma allowed Jobs’s daughter Erin to hold the cello while they sat around the kitchen. By that time Jobs had been struck by cancer, and he made Ma promise to play at his funeral.

As it turns out, Ma plays the first four Bach suites tuning down his cello a full semitone, and there is a specific reason for doing so. In baroque times, instruments like cellos sounded a little different: the musical note A (A440) didn’t have a frequency of 440 Hz, but was more around 415 Hz – something known as the baroque pitch.

Among several modern ensembles, there is a consensus to play baroque music a semitone lower than A440. By tuning down the A to the baroque pitch,  the prelude from Bach sounds like F# major, while still playing it in the original G major; this helps achieve a more vibrant, “full” sound that is closer to the original and resonates beautifully.

The Cello Suites by Yo-Yo Ma are available on iTunes.

In many ways, Apple is still sweating the details.