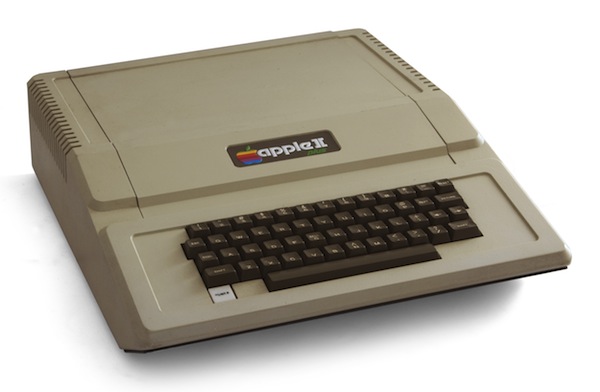 You probably weren’t paying attention when a tiny company called Apple Computer introduced its second product, the Apple II microcomputer, at the West Coast Computer Faire on April 16 and 17, 1977. (I wasn’t.) You may never have owned an Apple II. (I didn’t.) But it’s still easy to get fascinated by the machine and its legacy. (I sure am.) And there are many ways to explore its world — many of which you can do without getting out of the chair you’re sitting in right now, thanks to the Web.

Make sure to check out McCracken’s post for a cornucopia of facts, anecdotes, and videos about the Apple II. Pictured above (via) is the Apple II Plus, a successor to the Apple II introduced in 1979, featuring improved graphics and disk-booting support in the ROM. Wikipedia is a good resource to learn more about the Apple II series today.

Also, don’t forget that registrations are open for the KansasFest 2012, an annual convention dedicated to the Apple II. Check out the schedule and list of presentations and workshops here.