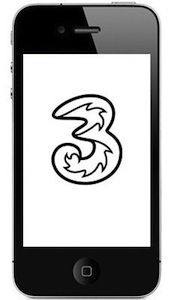 3 U.K., a unit of Hutchison Whampoa, based in Hong Kong, is the fourth-largest mobile operator in Britain and is known for offering the lowest-cost plans. The company’s unlimited data offer is limited to the British market, according to documents describing the new pricing plan obtained by the International Herald Tribune.

In Europe, 3 also has networks in Italy, Sweden, Denmark, Ireland and Austria.

Perhaps this new strategy won’t force the bigger European guys (Vodafone, Telecom, O2) to change their tiered plans. But think of this unlimited plan as a way to promote a certain smartphone from Apple coming out next year.