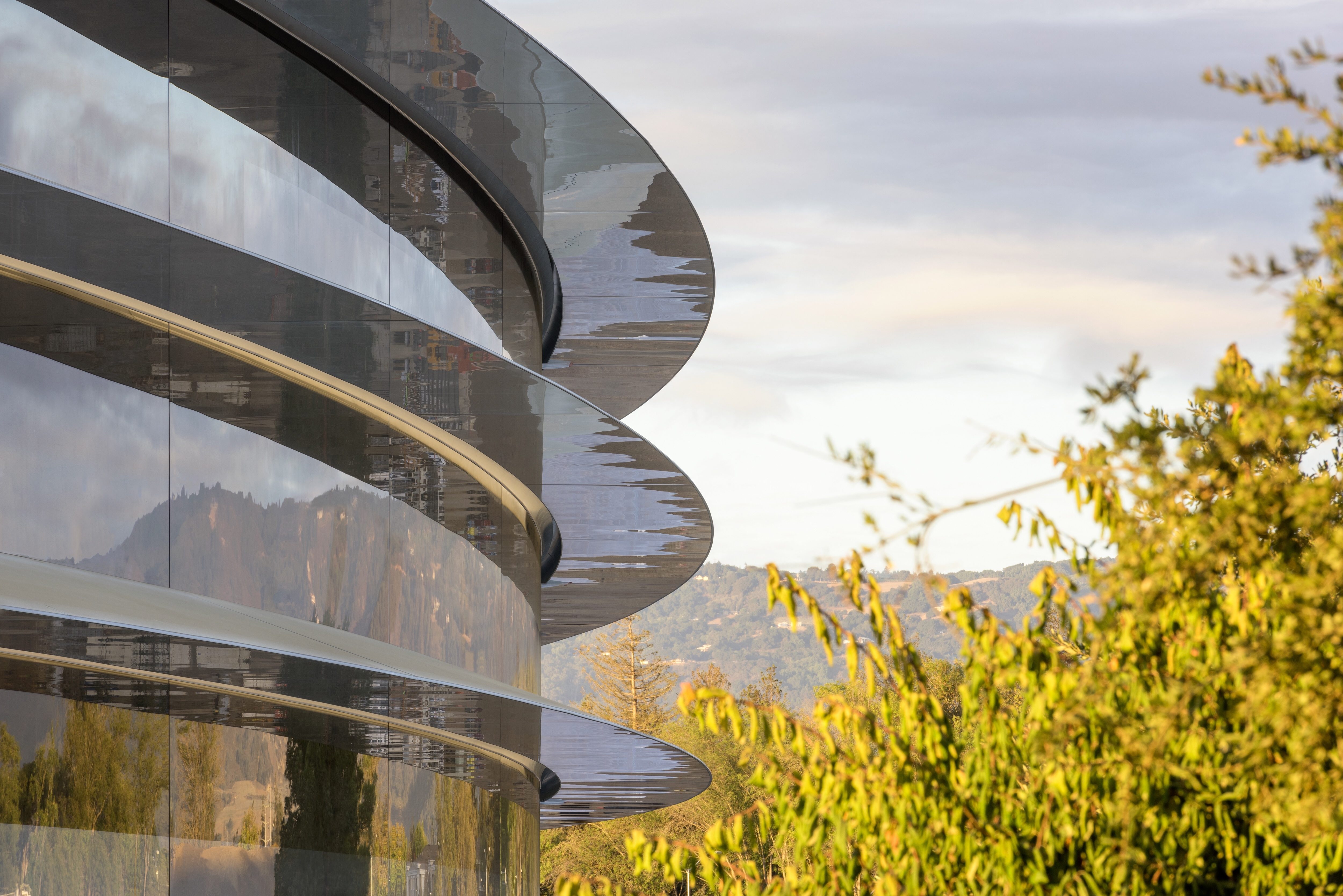 Steven Levy got an exclusive, inside look at Apple Park for Wired magazine. You may have seen photos and drone footage of the outside of Apple Park in the past, but Levy explains what it feels like from the inside:

…peering out the windows and onto the vast hilly expanse of the courtyard, all of that peels away. It feels … peaceful, even amid the clatter and rumble of construction. It turns out that when you turn a skyscraper on its side, all of its bullying power dissipates into a humble serenity.

Wired’s feature is full of interesting insights from the people involved in bringing Steve Jobs’ vision for Apple Park to life. For Jony Ive, the building is an architectural and construction wonder, but also a means to a greater end:

“It’s frustrating to talk about this building in terms of absurd, large numbers,” Ive says. “It makes for an impressive statistic, but you don’t live in an impressive statistic. While it is a technical marvel to make glass at this scale, that’s not the achievement. The achievement is to make a building where so many people can connect and collaborate and walk and talk.” The value, he argues, is not what went into the building. It’s what will come out.

Still, it’s fascinating to consider the challenges that the design posed, including the four-story glass doors of the café that can accommodate 4,000 people:

For Seele, the very toughest challenge came from constructing the giant glass sliding doors for the café—they had to extend from the ground to the roof, a full four stories. Each door leaf is about 85 feet by 54 feet. “The only doors I know of in the world that size are on an airplane hangar,” Diller says.

The steel that frames each leaf weighs 165 metric tons, which is about 360,000 pounds. Structural components, like rods, weigh another 18,000 pounds. Then there are 10 panels of glass, each weighing nearly 6,500 pounds. So you have two leaves, weighing 440,000 pounds apiece, that have to slide open and closed. “And it’s a restaurant, so you want to have it move without any major noise,” Diller says. The solution was to put all the machinery underground.

The final product, Apple Park, is designed to perpetuate Steve Jobs’ vision for Apple and the company’s values:

The phrase that keeps coming up in talks with key Apple figures is “Steve’s gift.” Behind that concept is the idea that in the last months of his life, Jobs expended significant energy to create a workplace that would benefit Apple’s workers for perhaps the next century. “This was a hundred-year decision,” Cook says. “And Steve spent the last couple of years of his life pouring himself in here at times when he clearly felt very poorly.

Levy’s profile of Apple Park goes into extraordinary detail and is a must-read for anyone curious about this astonishing achievement of architecture and design.