Earlier today iLounge reported that, according to their source, a 7-inch iPad is in the works and that will be announced later this year. 9to5mac also speculated that they’ve been hearing rumors of a smaller tablet, equipped with a Retina Display - “something like an insane 1500x1920 type pixel display”.

Now, we’ve got some interesting findings to share and speculate with you.

Check out the images and screenshot below: 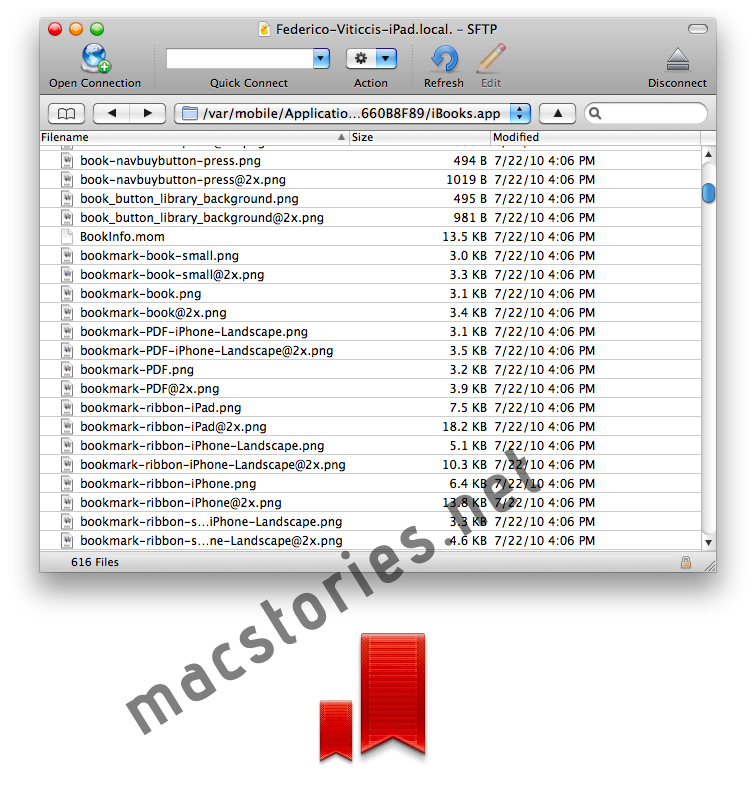 Now, the normal bookmark image the iPad uses is 38 x 68 px, while the @2x is 76 x 136 px. Double the size. Could this mean the next iPad will feature something like a 2048 x 1536 display - as 9to5mac suggested? Furthermore, why did Apple designers leave that only file in there? There are no other iPad@2x files in the iBooks.app folder.