There’s been a lot of talking about Apple allowing widget-like applications for the iPad. Pretty much like Dashboard for Mac OS X, since the iPad was announced back in January developers wondered if it might be possible to develop and release simple widget apps and run them side-by-side with “normal” apps - again, just like you can do on the Mac.

Of course Apple banned this kind of apps, and devs were forced to drop their projects or find alternative solutions to make them available. But now the iPad is jailbroken, and what better service than Cydia to release stuff rejected by Apple?

So here comes Dashboard, a pixel-perfect rewrite of Dashboard.app for Mac, running on the iPad. You can install widgets through the built in browser (which opens the Apple.com page for widgets), delete them and, of course, use them. Too bad you can’t rearrange them with your fingers, but I bet an update is coming in a few days to fix this problem.

While it’s impressive, I don’t know if this Dashboard can be any useful. It takes a few seconds to show up, and you can’t look at a normal app, say Safari, and a widget at the same time, because the background is black and you can only see widgets on screen. So it’s a great programming achievement, but it needs a lot of work to be better integrated with the iPad environment. Let’s say it’s promising.

Check out the screenshots after the break. 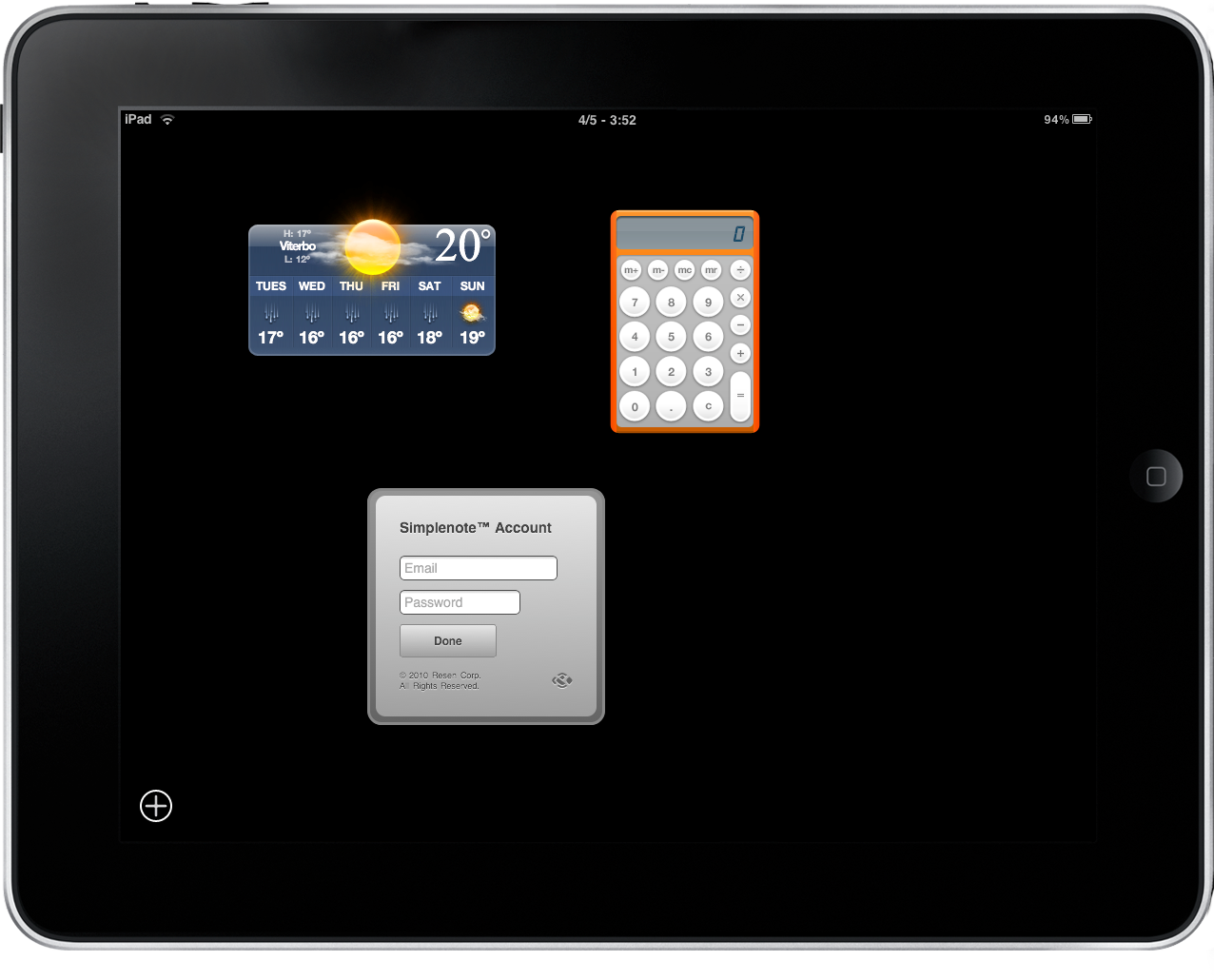 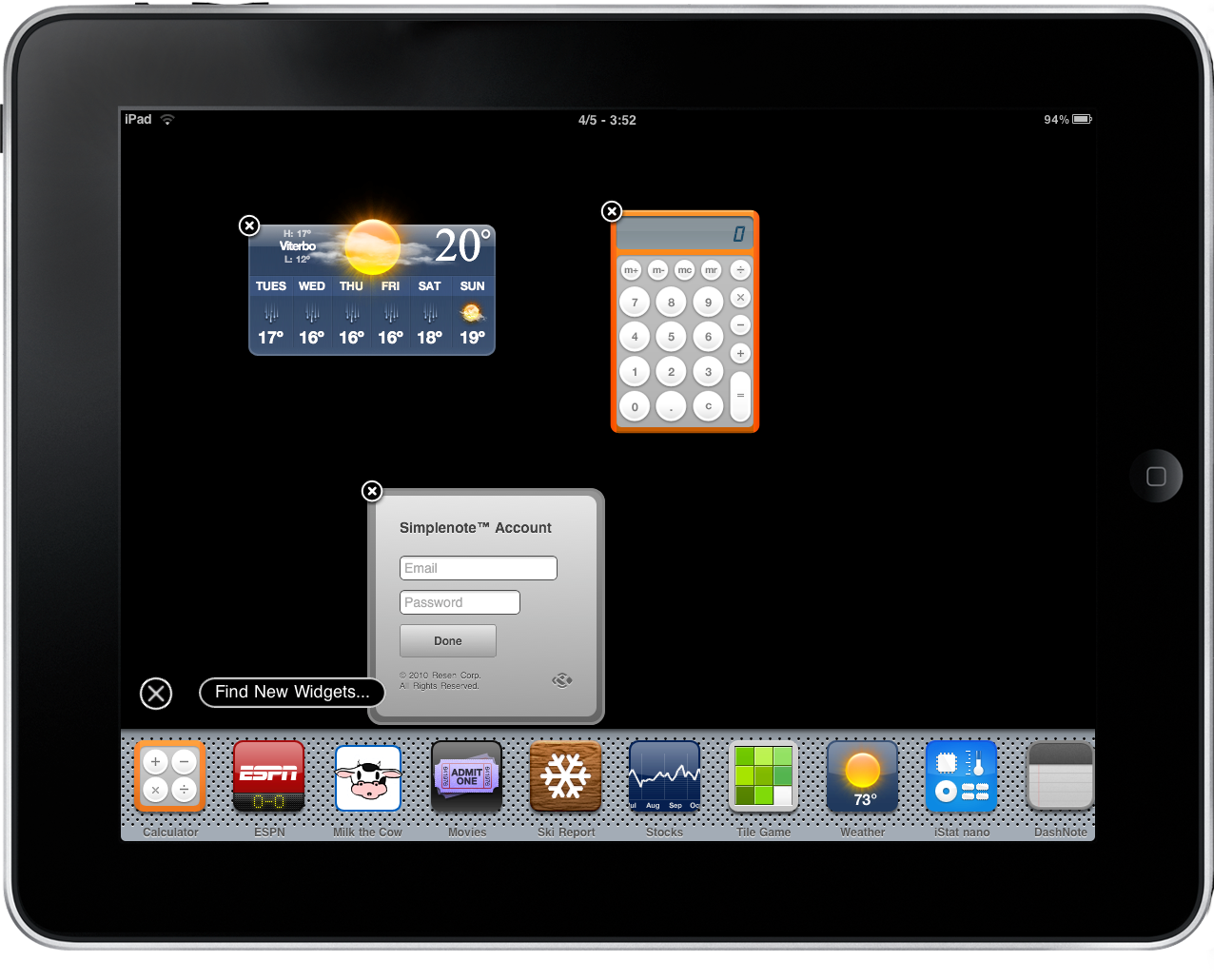 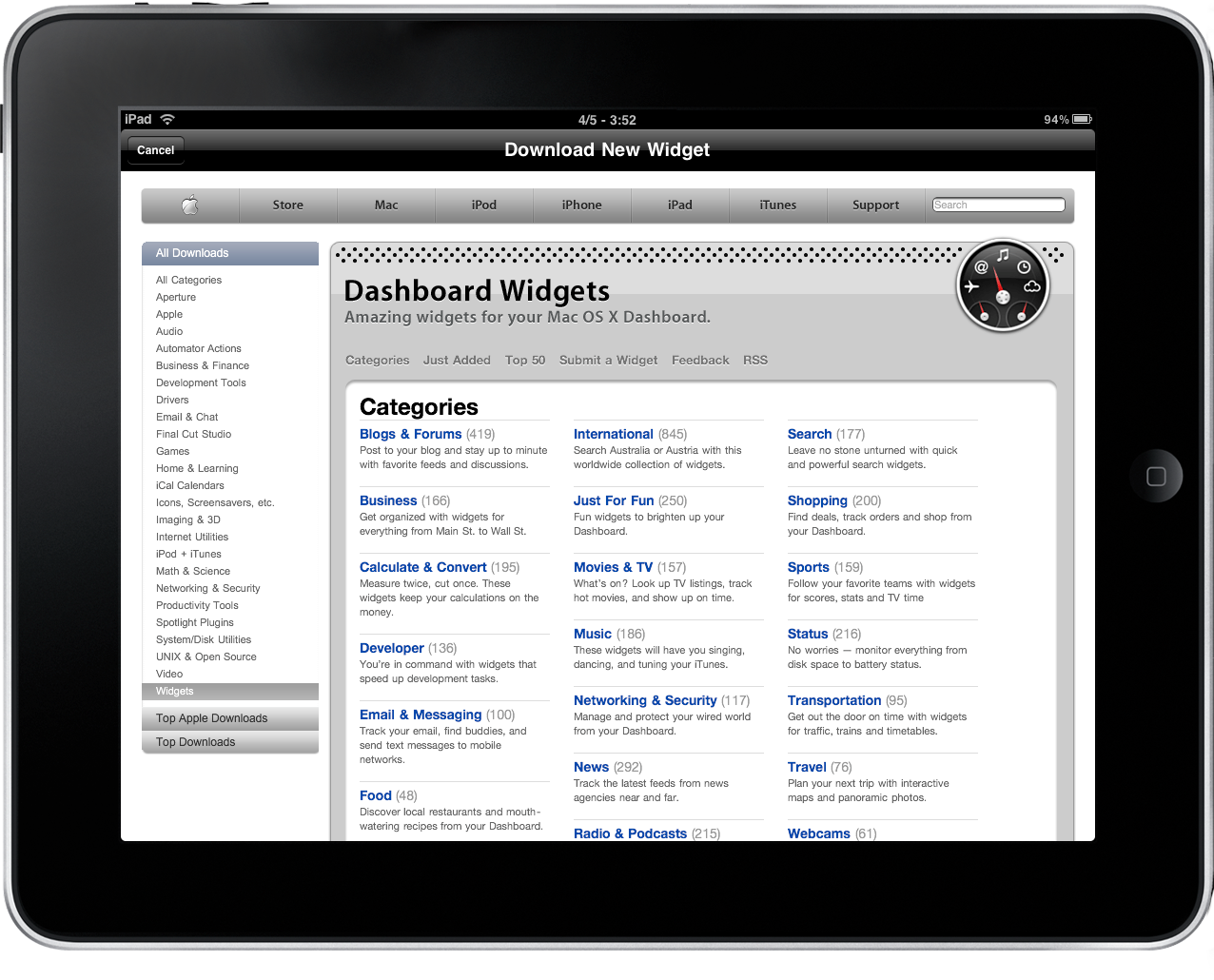